It was just over a year ago when conservative evangelicals brought us the Nashville Statement, which basically condemned same-sex marriage, denied the existence of transgender people, confirmed traditional gender roles, and criticized Christians who supported LGBTQ rights.

Now, they have given us the Social Justice Statement — a.k.a. The Dallas Statement — which echoes the concerns of Pastor John MacArthur that Christians today care too much about helping people, and not enough about saving souls from hell. 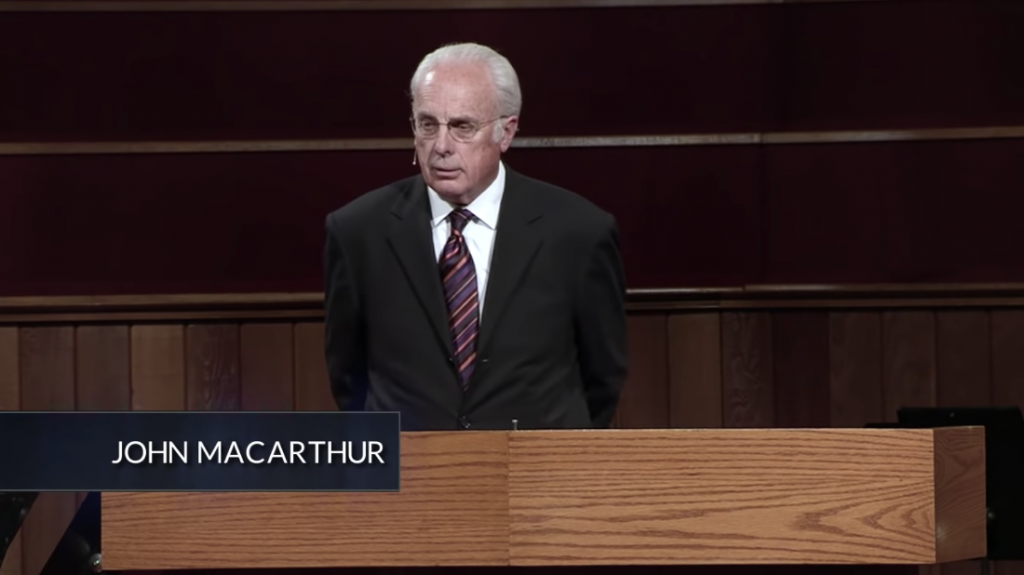 In view of questionable sociological, psychological, and political theories presently permeating our culture and making inroads into Christ’s church, we wish to clarify certain key Christian doctrines and ethical principles prescribed in God’s Word. Clarity on these issues will fortify believers and churches to withstand an onslaught of dangerous and false teachings that threaten the gospel, misrepresent Scripture, and lead people away from the grace of God in Jesus Christ.

That all sounds very ominous. You would think that many of these same Christians were guilty of harboring racist viewpoints or supporting a president who includes neo-Nazis among other “very fine people.”

What is it that signers are worried about?

Specifically, we are deeply concerned that values borrowed from secular culture are currently undermining Scripture in the areas of race and ethnicity, manhood and womanhood, and human sexuality. The Bible’s teaching on each of these subjects is being challenged under the broad and somewhat nebulous rubric of concern for “social justice.” If the doctrines of God’s Word are not uncompromisingly reasserted and defended at these points, there is every reason to anticipate that these dangerous ideas and corrupted moral values will spread their influence into other realms of biblical doctrines and principles.

God forbid that the rights of minority classes are protected, even if these Christians can’t support their “lifestyle”… Ensuring that LGBTQ people have equal rights to jobs, housing, and a life free of harassment is just too damn much.

Further down on the “statement” page is further clarification of this group’s beliefs. For example, they don’t like the idea that white people should ever feel guilty for their slaveholding ancestors.

… Although families, groups, and nations can sin collectively, and cultures can be predisposed to particular sins, subsequent generations share the collective guilt of their ancestors only if they approve and embrace (or attempt to justify) those sins. Before God each person must repent and confess his or her own sins in order to receive forgiveness. We further deny that one’s ethnicity establishes any necessary connection to any particular sin.

They also reject the idea of a “gay Christian.” Just flat-out reject it. Those people, by definition, don’t exist. And trans people are also just figments of our imagination.

WE DENY that human sexuality is a socially constructed concept. We also deny that one’s sex can be fluid. We reject “gay Christian” as a legitimate biblical category. We further deny that any kind of partnership or union can properly be called marriage other than one man and one woman in lifelong covenant together. We further deny that people should be identified as “sexual minorities” — which serves as a cultural classification rather than one that honors the image-bearing character of human sexuality as created by God.

They made sure to let women know their place. (Take that, lady preachers and opinionated wives.)

Though there is no difference between men and women before God’s law or as recipients of his saving grace, we affirm that God has designed men and women with distinct traits and to fulfill distinct roles. These differences are most clearly defined in marriage and the church, but are not irrelevant in other spheres of life. In marriage the husband is to lead, love, and safeguard his wife and the wife is to respect and be submissive to her husband in all things lawful. In the church, qualified men alone are to lead as pastors/elders/bishops and preach to and teach the whole congregation.

And while they unequivocally condemn racism, they neglect to address how many people claiming to follow the Bible are currently the ones in government pushing policies that effectively punish people of color.

There are also rejections of intersectionality and “radical feminism,” without any indication of what they think those concepts mean.

These people seem to forget that Jesus was a Middle Eastern man (i.e. not white) who was essentially murdered by a lynch mob. The parallels between his death, with his mother watching, and innocent black men killed by cops today are easily drawn and should outrage any Christian — any person — with a conscience. Yet somehow, the same group claims “critical race theory” (whatever they think that means) is antithetical to the gospel.

This document is living proof that America’s loudest and most powerful evangelicals have no desire to follow the teachings of Jesus. They can’t showcase it enough! They don’t want to listen to those who condemn racism, sexism, and bigotry — and who have a broader, more nuanced understanding of what that looks like in practice. They think the fights for equal rights, equal pay, black lives, criminal justice reform, voting rights, etc. are distractions rather than core Christian values. They say they’re not racist or sexist or bigoted… they just don’t support the groups (including other Christians) who are fighting to fix those very problems.

While there are approximately 3,500 people who have signed on to the statement as of this writing, we’re putting the original list below just for future reference.

A number of prominent evangelicals who signed the Nashville Statement last year do not appear on this list. It’s a silver lining in an otherwise disappointing statement. 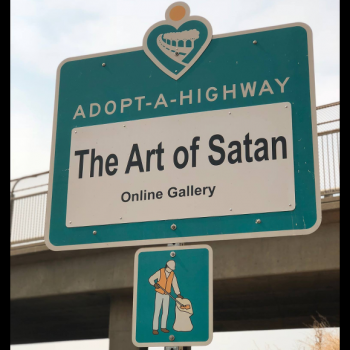 September 5, 2018
Someone Created a Business Called "The Art of Satan" in Order to Adopt-a-Highway
Next Post

September 5, 2018 Catholic Priest Who Said Teen Boy “Seduced” Him Convicted of Sexual Assault
Browse Our Archives
What Are Your Thoughts?leave a comment