Watch This Woman Call Out Her Alleged Rapist in His Own Mormon Chapel September 4, 2018 Hemant Mehta

In 1984, Joseph L. Bishop, the man who ran the Mormon Church’s main Missionary Training Center, raped a woman in the center’s basement.

At least, that’s what the victim, McKenna Denson, alleged in a recent lawsuit aimed at the LDS Church and Bishop himself. She claims that the Church was aware of Bishop’s “prior sexual improprieties against women” and did nothing to stop from assaulting other people.

The story came to the public’s attention this past March when audio of McKenna interviewing Bishop was posted on the site MormonLeaks (though her name wasn’t associated with the recording at the time). Under the guise of a historian, McKenna was able to sit down with him and ask about the allegations of assault, including her own. He didn’t admit to raping her, though he confessed to molesting another woman.

Since she filed her lawsuit, the Church has tried dismissing the case citing an expired statute of limitation. A couple of weeks ago, a judge employed by Brigham Young University dismissed most of McKenna’s claims.

It’s a messed up situation in so many ways.

That’s why what she did over the weekend was so incredible.

Denson walked right into Bishop’s own chapel on what’s known as a Fast and Testimony meeting, where members break a fast and share their stories about accepting Heavenly Father into their lives. Leaders there must not have recognized her because she got the opportunity to speak to the congregation… at which point she warned them about Bishop and told them what he did to her, all while Church leaders tried to remove her from the microphone. 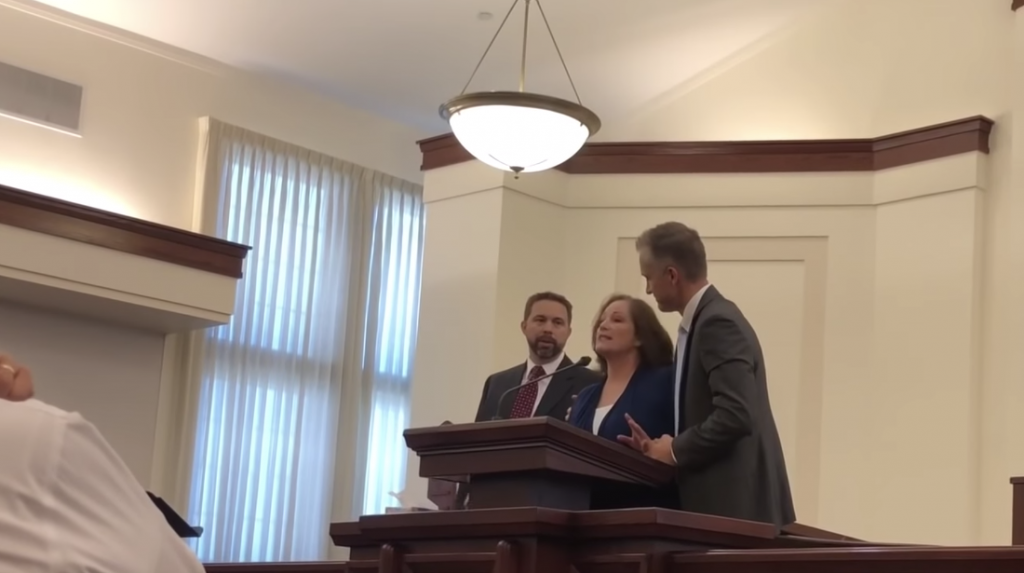 (It’s unclear if Bishop is in the congregation, though a YouTube commenter says he’s the guy in the white hair at the 0:36 mark, which would explain the camera position at that moment.)

The end of that video includes the logo for a new movie all about her case. The Hushed Ones looks at sexual abuse in the Mormon Church with a focus on Denson. The movie just launched a Kickstarter to fund its production and this is one hell of a way to give people a taste of what’s to come.

I’ve seen some commentary online about how this sort of protest is disrespectful. Video cameras aren’t allowed in chapels and this kind of statement hijacks a religious service. Still, to any Mormons who feel that way, I have to ask: What’s more disturbing? All the abuse committed by Church leaders, or the fact that Denson is risking so much to call her own abuser out for what he did? 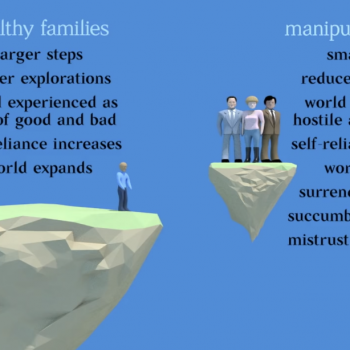 September 3, 2018
Religious Groups Conceal Abuse by Controlling Believers. Here's How They Do It.
Next Post 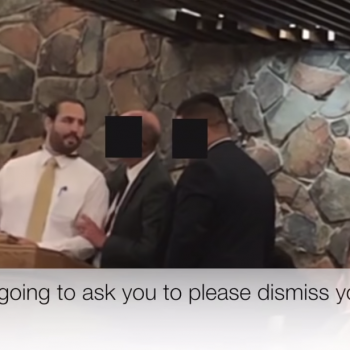