One of the defining qualities of Australia’s new Prime Minister Scott Morrison is that he’s a devoutly religious man who worships at a Pentecostal church. While he has said, “the Bible is not a policy handbook,” he acts like many U.S. evangelical politicians. He wears his faith on his sleeve while pushing conservative positions that make you wonder why he isn’t following Jesus.

Case in point: As a former immigration official, he turned away refugees seeking asylum with a plan to “stop the boats.”

All of this was fodder for a recent segment on the satirical show Tonightly, in which host Tom Ballard brought on a band that “regularly perform at Morrison’s church” to help the audience gain some insight into his beliefs.

It’s two minutes of awesomeness in which the cast members took digs at his conservative religious beliefs.

Jesus made the animals like kangaroos.
And He also said to lock the kids up on [detention center] Nauru.
I am Jesus’ son, and I’m Jesus’ daughter.
And there’s nothing more Christian than closing the borders.

We love Jesus, Jesus, but not refugee-us.
If you want to win votes, then you gotta stop boats.
To do what pleases Jesus, deny them all visas.
And you can’t get more Christian than that.

Suffer little children and come unto me.
The government takes that doctrine literally
ScoMo is under the spell of Jesus’ charm,
And kids are under safety watch for self-harm.

We love Jesus, Jesus, but not refugee-us.
If Jesus was a refugee, we’d say, “Fuck off, we’re full!”
To do what pleases Jesus, deny them all visas.
You can’t get more Christian than that.

Don’t cross our border, even if you walk on water.
You gotta love thy neighbor, except if they vote Labor.
Or if they’re foreign or gay.
And you can’t get more Christian than that.

In a country where politicians’ religious views aren’t always considered fair game, the song has received all kinds of criticism. Even though the show — which airs on the taxpayer-funded Australian Broadcasting Corporation — was recently cancelled, there’s a robust debate online over whether songs like this justify the cancellation or if it proves why the show is so needed.

The Daily Telegraph, a conservative tabloid, is furious that anyone’s mocking Christianity at all, as noted on a recent front page:

I don't usually drink lattes….but today I will comrades. pic.twitter.com/i1zpiD2xPn

Dan Ilić, the executive producer on Tonightly, was adamant that they were criticizing Morrison’s policy positions, not his faith. In other words, it’s fair game.

Coming from a country where this would be considered relatively mild satire, I couldn’t agree more. They’re mocking the Morrison’s hypocrisy. The disconnect between his stated beliefs and what he’s done while in power. That deserves to be called out and mocked. (His beliefs themselves should also be fair game, because they’re absurd, but that’s low-hanging fruit. The main reason anyone should care about his religion is because it might affect his decisions. Ironically, you could argue that this show isn’t mocking Christianity at all. They want Morrison to be more Christian.)

Morrison’s own response to the song has been to ignore the substance, call ABC “numpties,” and say that Christianity teaches him to “turn the other cheek.”

I’m sure the suffering refugees appreciate that. 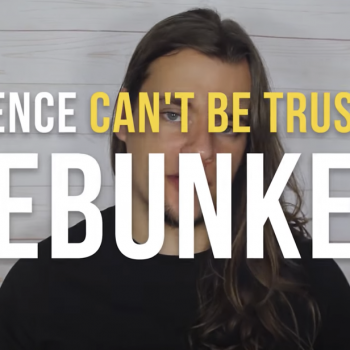 September 1, 2018
Science is Powerful Precisely Because It Adapts and Corrects Itself
Next Post 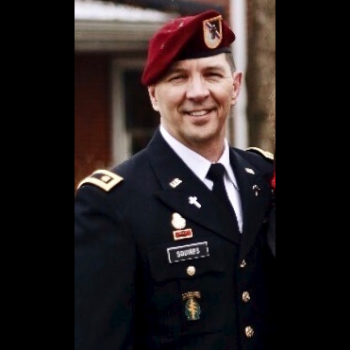 September 2, 2018 Army Clears Baptist Chaplain Accused of Discriminating Against Lesbian Couple
Browse Our Archives
What Are Your Thoughts?leave a comment