In October of 1992, singer Sinéad O’Connor was the musical guest on an episode of Saturday Night Live. She sang a cover of Bob Marley’s “War,” and at the very end of the performance, unbeknownst to anyone on the show, she held up a picture of Pope John Paul II, said, “Fight the real enemy,” and tore up his image on live television. (In dress rehearsal, she had held up a picture of a refugee child.)

It was her way of protesting the child abuse rampant in the Catholic Church, long before it was on anyone’s radar. But the outcry against her and NBC was intense, and she was treated like a pariah for a long time afterwards.

It’s easy to see now that she was right all along. She understood the horrors inflicted by Catholic priests earlier than most everybody else — at least in the U.S. — and she used her platform to make a powerful statement about it. As she wrote in 2010, her only regret was that people assumed she was an atheist.

All I regretted was that people assumed I didn’t believe in God. That’s not the case at all. I’m Catholic by birth and culture and would be the first at the church door if the Vatican offered sincere reconciliation.

Niall O’Dowd of IrishCentral argues that O’Connor is overdue for an apology from everyone who criticized her.

We now know that the pedophile scandals were rampant during the era of Pope John Paul, who chose to turn a blind eye. O’Connor was calling out the right person.

Before Spotlight, before the worst of the American and Irish church scandals, O’Connor called it right and only got abuse in return.

O’Dowd isn’t the first person to suggest this, but she’s absolutely right. It’s unfortunate that it’s way too late to make amends for how O’Connor was treated by the public and the press. It’s not too late, however, to make sure she gets the credit she deserves. 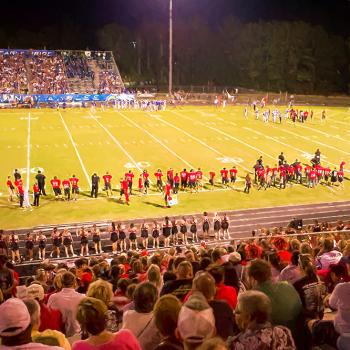 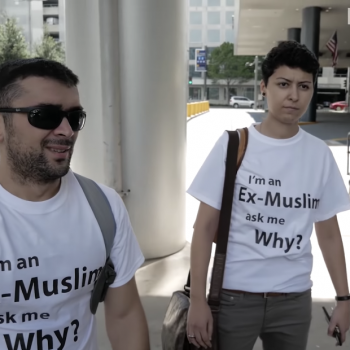 September 2, 2018 Houston Hilton Kicks Out Customers Wearing "I’m an Ex-Muslim, Ask Me Why" Shirts
Browse Our Archives
What Are Your Thoughts?leave a comment