Earlier this year, the Freedom From Religion Foundation wrote a letter to the West Branch Local School District in Ohio because prayers were being recited over the loudspeaker at school-sponsored events. That’s obviously illegal, and the District agreed to put a stop to it by replacing all those prayers with a moment of silence.

Then they backtracked. On August 20, the school board voted to allow a “limited open forum” at school events. In theory, that means students could lead prayers (which is always legal). But in practice, the District figured that was the loophole they needed to exploit in order to continue the loudspeaker prayers. They didn’t understand that students who decide on their own to pray to Jesus still don’t have the legal right to use the school’s resources to broadcast that prayer. 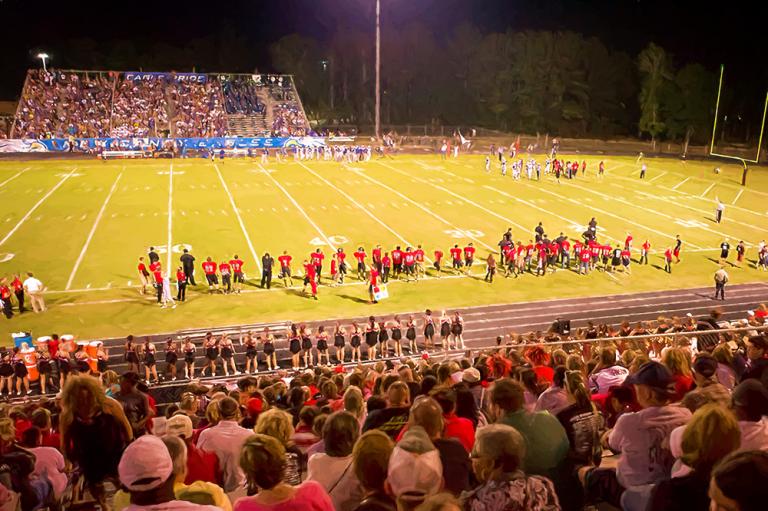 According to schools Superintendent Timothy Saxton, the addendum “helps us more clearly define and implement our policy allowing student-led voluntary invocations before events. The board felt this resolution gives us more direction as a district and administrative team for future challenges.”

Saxton in an email Thursday praised the board on its action.

“I applaud the board’s decision as it has taken a clear stand and feels that the tradition of allowing (prayer) before home varsity events is something that truly matters to our students and the West Branch Local School District’s strong faith-based community,” he said.

Make no mistake: This was all about religion, and letting students use the loudspeaker to promote their religious views at school events was a lawsuit waiting to happen. It’s already happened. Last Friday night, there was a Christian prayer said over the loudspeakers before a football game. The public address announcer said it wasn’t sponsored by the school, but that’s really an irrelevant remark. It was like fine print that no one was ever going to see.

That’s the argument FFRF’s legal fellow Christopher Line made in a letter sent to the District on Friday:

Establishing a “limited public forum” to ensure that students will pray before games, and then including a disclaimer that this is not sponsored by the school does not make this practice legal… The Supreme Court has specifically struck down invocations given over the loudspeaker at public school athletic events, even when students-led.

The school has to decide what’s more important: Pushing Jesus on everybody (and dealing with the inevitable lawsuit), or saying no to the prayers and reminding students they can all talk to God silently and telepathically anytime they want. Hell, even if they want to do it vocally and for show, they can do it in the parking lot before the enter. The District shouldn’t be helping them out.

This isn’t complicated. At least it wouldn’t be if the school board gave a damn about following the law. 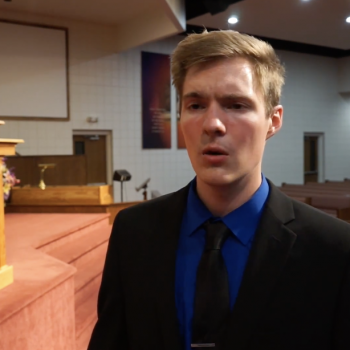 September 2, 2018
A Movie Claiming to Debunk Evolution Features Pastors Who Don't Understand It
Next Post

September 2, 2018 Sinéad O’Connor Deserves Credit for Protesting Catholic Church Abuse in 1992
Browse Our Archives
What Are Your Thoughts?leave a comment