A number of Christian websites are promoting a video by anti-gay Christian apologist Frank Turek all about the six ways in which atheists “accidentally prove God exists.” You’re not going to believe this… but he misses the mark. 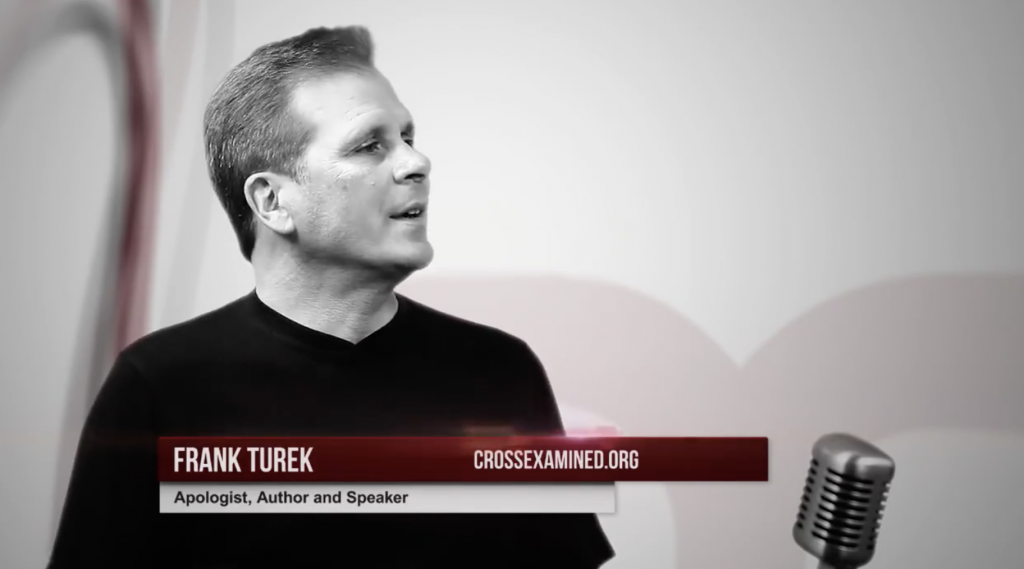 Turek, who claimed several years ago that he was fired by the technology company Cisco for his opposition to same-sex marriage in America, has previously tried to explain why God allows evil to happen and why the Bible doesn’t mention dinosaurs. Now, he’s claiming to be able to show that atheists prove that God is real just by their very existence.

In his book, “Stealing From God: Why Atheists Need God to Make Their Case,” Turek argues that much of the reasoning put forth by those attempting to disprove God is fundamentally contradictory.

In a new video posted to his Facebook page, Frank addresses the logical framework commonly used by atheists by taking us through a simple acronym: CRIMES. Causality, Reason, Information and Intentionality, Morality, Evil and Science.

In a short and snappy exposition of each element, Turek highlights the major flaws in atheist reasoning.

Faithwire, the Christian Broadcasting Network, and others may be willing to take Turek’s claims as gospel (pun absolutely intended), but let’s submit them to a bit of old-fashioned skepticism.

Here are his six reasons, along with my responses:

“Why is the universe so orderly, if there is no God, no mind out there ordering all this?” Turek asks. “Why are the natural laws and forces so consistent? Because there is a mind behind them. When atheists use this to try and disprove God, they are actually stealing from God to argue against him.”

That makes as much sense as saying “Atheists believe 2 + 2 = 4… but God created the number 4. So checkmate, atheists!”

Atheists don’t need to believe in God — or any gods, for that matter — to understand how natural laws work, and they certainly don’t owe God credit for mankind’s own discoveries.

For what it’s worth, I’ve never actually seen atheists making this claim at all. If anything, there’s plenty of chaos in the universe. The more we discover, the more we realize we don’t know.

“If we are just molecules in motion, and there is no immaterial realm, how does reason exist? We’re just reacting. We’re nothing [but] moist robots,” he explains. “So, ironically, atheists who claim to be beacons of reason have made reason impossible by their worldview of materialism.”

Our ability to reason does not depend on the existence of God. In fact, atheists who accept science understand that reason is an evolved social and cultural construct. It’s something that we needed to get to where we are as a species, and over time (we’re not talking just a few thousand years), we developed this particular skillset. Not all creatures have that ability. We’re one of the lucky ones.

Turek says information is the “idea that there is a message, and where there a message always comes from a mind.”

But, he notes, the “greatest message that’s ever been discovered is in the human genome — and [atheists] are saying that message doesn’t come from a mind!”

“They write books filled with information, claiming information doesn’t come from a mind,” he says.

“Intentionality — it has to do with the idea that the world is goal-directed,” Turek explains. “Why doesn’t an acorn become a starfish? Because it’s goal-directed to become an oak tree. Why do the planets go around the sun? Because of gravity? Yeah, but why is gravity doing what it does? If you go back far enough, you are ultimately going to arrive at sustaining creator who holds all this together.”

When he talks about going back “far enough,” he’s making the infamous “First Cause” argument. That already has an obvious rebuttal — “Then who created God?” — but Turek managed to inject even more silliness into it.

Why doesn’t an acorn become a starfish? Turek doesn’t know, but you know who does? Anyone who’s taken a class on evolutionary biology. Anyone who understands the basics of how genomes work and why certain cells develop into certain parts. The “direction” comes from years and years of selective pressures for survival. Not God.

“There can’t be any objective right or wrong unless God exists,” Turek declares. “When atheists say they have certain moral rights, they are actually stealing from God to say he doesn’t exist.”

Not all atheists even believe in objective morality, but those who do don’t believe in a deity-directed one. Morality is something that is decided by cultures. Ethics is the study of how right and wrong can be applied in the real world. The reason it’s such a big topic is because these issues aren’t black and white. Even Christians don’t agree on right and wrong — there are deep disagreements on homosexuality, abortion, the death penalty, stem cell research, not to mention Donald Trump. Morality is subjective, even if just about everyone comes to a consensus on certain issues.

Turek, by even claiming there’s an objective right and wrong dictated by God, ignores the fact that ambiguity exists everywhere. God doesn’t help, either, offering little more than ambiguous ideas that people can and have interpreted to their own advantage.

“They’re saying there is too much evil in the world,” he says. “Well, there can’t be evil unless there’s good, but there can’t be good unless God exists. So, when atheists are complaining about evil, they are actually proving God exists.

God, by definition, is the “ultimate standard of good.”

“They are stealing from God in order to argue against him,” he claims.

This might be one of his worst. The very existence of evil, in his mind, proves God is real. Just like me saying “Unicorns don’t exist” proves there’s one behind you right now.

It’s one thing to use semantics to prove your religion is correct, but this is just sloppy. Not all atheists believe in some objective “evil,” but pointing out that terrible things exist is, again, a matter of our culture and time and morality. It’s certainly not proof that God must exist.

“The atheists are saying ‘we are the champions of science.’ Science is impossible if atheism is true,” Turek says. “If materialistic atheism is true, and we are just moist robots, then we can’t really know anything about the real world. We can’t depend on the cause and effect nature of reality because there is no mind behind it.”

Turek notes that if atheism is true, we have “no warrant to believe anything we learn from science.”

“You know what makes science possible? God. So, when they are doing science, they are actually stealing from God in order to argue against him,” he says.

I figured out how this game works. Turek is just imitating Trump. When the evidence points to collusion, he says “No collusion.” When the evidence shows people are suffering, he says everything is fantastic. When scientific discoveries remove our need to rely on supernatural explanations, just say science proves God!

This game is so easy, even moist robots can figure it out.

This clip is well-deserved:

I award Turek no points, and may [the] God [he thinks exists] have mercy on his soul.

August 31, 2018
Catholic League: Satan Molested All Those Kids in Pennsylvania
Next Post 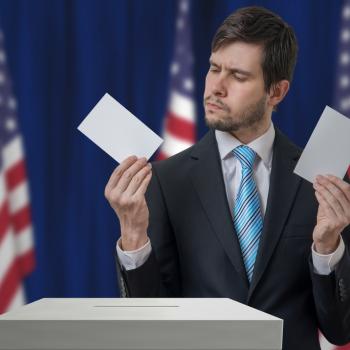