Since Donald Trump took office, one of the only advisory groups that hasn’t disbanded is his Evangelical Advisory Board. What they do for Trump — other than providing a backdrop for photo-ops — is an open question. 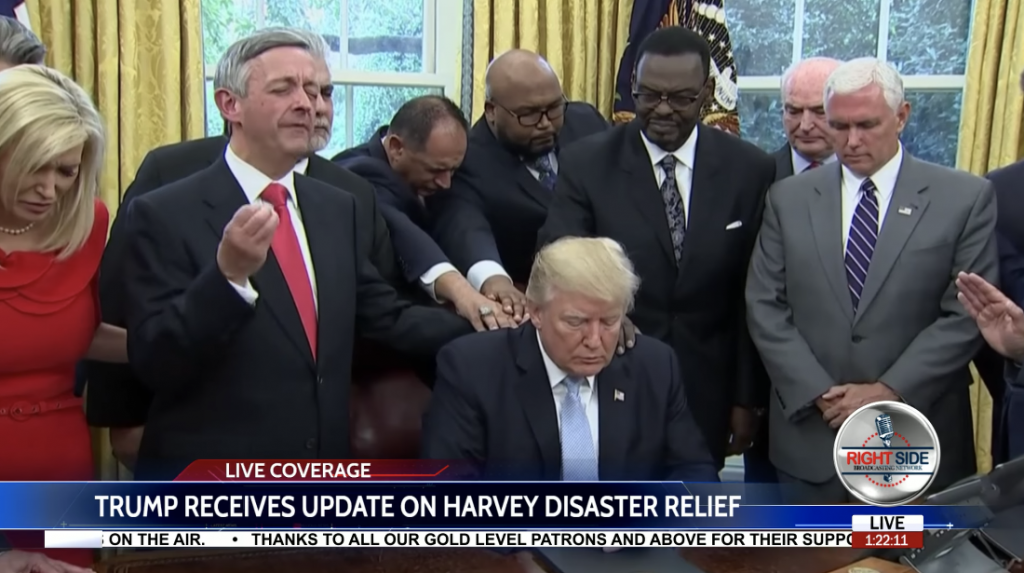 Either Trump is taking their advice, in which case we should be blaming them for any number of policy-related scandals in the country, or he’s ignoring them, in which case they have no reason to exist.

If they’re doing anything for Trump, though, it’s happening behind closed doors.

Now, Americans United for Separation of Church and State is claiming that the board’s existence violates the Federal Advisory Committee Act (FACA) of 1972. That law said any kind of presidential advisory board much be “objective and accessible to the public.”

In a letter to Trump administration officials, AU attorney Alex J. Luchenitser calls for the board to stop meeting and requests a number of documents relating to what the hell they’ve done so far. He also cites examples of how the group’s advice has led to policy decisions while the public was kept in the dark about what they said:

On August 27, 2018, for example, before an evening White House dinner honoring evangelical leaders, the Advisory Board met with White House officials to discuss issues “such as religious freedom, immigration reform, criminal justice and prison reform and judicial nominations.” Similarly, on July 10, 2017, the Advisory Board met with various White House staff members and advised the White House on matters related to “health care, taxes, religious liberty, and judicial appointments.” Sarah Huckabee Sanders, then the White House Deputy Press Secretary, referred to the attendees of the meeting as President Trump’s “Faith Advisory Board,” adding that “they meet from time to time to speak about issues that are important to that community.” President Trump’s ban on transgender people serving in the military, though a surprise to many administration officials, can be traced back to advice given at that meeting. In addition, at least two people who have regularly attended Advisory Board meetings, Johnnie Moore and Paula White, provided input on the substance of the President’s executive order establishing the White House Faith and Opportunity Initiative and discussed that order with the press before the President issued it.

… despite the significant power and influence that it clearly wields in the White House, the Advisory Board lacks transparency and has not been following FACA’s mandatory procedures.

“President Trump has granted leaders of a narrow segment of one religion unprecedented influence on policy decisions that affect all of us,” said Rachel Laser, president and CEO of Americans United. “Americans have a right to know that — and to have a government that works for everyone, not just some.”

Moore, one of the advisers, had a blunt response in defense of the group: They don’t really exist. It’s all just a figment of everyone’s imagination.

“The truth is, there actually isn’t a board. This is slang language that has carried over from the campaign into the administration,” Moore said. “There is no formal faith advisory board of any sort at the White House.”

There’s no advisory board. Just a group of evangelicals who advise the president.

The sad thing is: Their lack of organization may be their saving grace.

Anne Weismann, chief Freedom of Information Act counsel for Citizens for Responsibility and Ethics in Washington, said FACA applies if a collective recommendation comes out of their meetings. “It is especially important now because we have a president who is listening to so many outside people and forces, and we don’t have any access to what they’re telling him,” she said. “But to the extent that it’s just an individual or a collection of individuals offering their individual advice, unfortunately that doesn’t rise to the level of the Federal Advisory Committee Act.”

So AU’s letter may not result is the disbanding of the group, but it does raise awareness of the many problems associated with it. These Christians get an opportunity to influence the president, they’re doing it without the public having any idea what they’re saying, and there’s no attempt at getting any other perspective. Because Trump doesn’t actually give a damn what America thinks. He only cares about the people who voted for him in 2016 and the people who will provide cover no matter what scandals he’s at the center of.

All he has to do is treat these Christians like royalty. Pretend to give a damn about Jesus. Say “Merry Christmas” a few times. Act like they really are persecuted. Raise a fuss about how they’re being silenced during a meeting at the White House that no other religious or non-religious group in America is getting. Pay them constant lip service.

When people are already prone to believing bullshit, it’s not hard to convince them you’re acting in their best interests at all times. 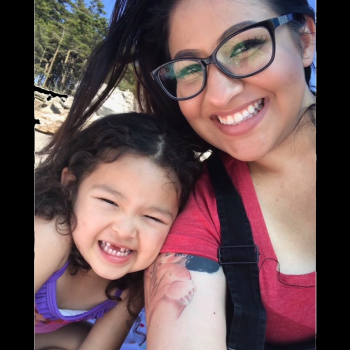 August 30, 2018
Man Uses Bible to Justify Decapitating His Girlfriend in Front of 3-Year-Old
Next Post

August 31, 2018 Catholic League: Satan Molested All Those Kids in Pennsylvania
Browse Our Archives
What Are Your Thoughts?leave a comment