A U.S. District Judge said yesterday that the Pennsylvania House’s policy barring atheists from delivering invocations before legislative sessions is unconstitutional, marking the end (at least for now) to a battle that’s been playing out for four years.

Back in August of 2014, atheist Carl Silverman asked the Pennsylvania House of Representatives if he could deliver the opening invocation. He received a rejection letter the following month from Speaker Samuel H. Smith, who explained that invocations could only be delivered by people who believed in God.

Nowhere [in the Supreme Court decision of Greece v. Galloway] did we see any language which would require legislative bodies to allow nonbelievers to address the opening of legislative bodies in lieu of an opening prayer by a regular chaplain. It is our opinion, that while the Court encouraged a diversity of prayer givers, we do not believe that government bodies are required to allowed non-adherents or nonbelievers the opportunity to serve as chaplains.

In September of 2015, even with Americans United for Separation of Church and State running interference, House Parliamentarian Clancy Myer reiterated the idea that only theists could give the invocation:

Accordingly, we cannot approve your request.

It was a strange argument to make, partly because it hasn’t worked anywhere else. We’ve seen atheists, Satanists, and Pagans deliver countless invocations across the nation since the Greece v. Galloway ruling. Why should Pennsylvania be any different?

They can’t be. And that’s why several members of the Pennsylvania Nonbelievers, Dillsburg Area Freethinkers, and Lancaster Freethought Society — supported by AU and American Atheists — filed a federal lawsuit in August of 2016 against Myer, current House Speaker Mike Turzai, and five other House members.

“When governmental bodies open their meetings with invocations, no viewpoints should be excluded,” said the Rev. Barry W. Lynn, executive director of Americans United. “That includes people who do not believe in God. No one should be made to feel like a second-class citizen by their government.”

Said Americans United Associate Legal Director Alex J. Luchenitser: “Just like people who believe in God, atheists and Humanists are capable of delivering inspiring and moving invocations. There is no good reason for the House to exclude them.”

“This is about fairness and equality,” said Amanda Knief, American Atheists National Legal and Public Policy Director. “If the House wants to have invocations, they can’t simply exclude an invocation that would represent the more-than 2.5 million nonreligious Pennsylvanians.”

“It is long past time for the Pennsylvania House to stop treating atheists like second-class citizens,” said David Silverman, President of American Atheists. “This case could have been resolved by simply allowing everyone to participate, but it seems that the leadership of the House is more interested in preserving privilege for religious citizens than truly representing all Pennsylvanians.”

The lawsuit also included examples of the invocations the atheists wanted to deliver, like this one from Pennsylvania Nonbelievers President Brian Fields, a plaintiff in the case:

Thank you for inviting me to speak today.

Our commonwealth was founded on the principles of tolerance, respect, and equality. As we gather, let us fully consider each citizen of this commonwealth as equals in the eyes of the law. May reason and rationality guide our decisions, and may those decisions be considered to be in the best interests of all of us.

We are a commonwealth of many different people working together. We are a commonwealth of Muslims, Jews, Hindus, Sikhs, Buddhists, Christians, agnostics, atheists and many, many others. We may disagree in many respects, but we can all agree here that our laws are the foundation of our civil society. To that end, I ask that those gathered here today remember that the reason that society works is the fair and judicious application of those laws discussed here.

To close, I would like to offer the words of Albert Einstein: “Nothing truly valuable can be achieved except by the unselfish cooperation of many individuals.”

Somehow, that’s the sort of invocation the PA House leaders found so awful that they forbade it from being delivered in their chambers…

Remember: This was never about special treatment. This was about having the same opportunities as Christians, Muslims, and everyone else in the state who is allowed to deliver a government invocation without a problem.

In February of 2017, the atheists made their case in court as to why the case should be allowed to proceed. The attorney representing the House stuck by the bizarre argument that only religious people had the right to deliver an invocation. And even the judge seemed to wonder: Are we seriously having this argument?

Mark E. Chopko, the attorney representing the House, urged [U.S. Middle District Chief Judge Christopher C.] Conner to dismiss the suit, arguing that the House is well within the law in requiring the prayers delivered to it be of a theistic nature. In other words, to meet the House’s standards, a higher power must be invoked, whether that power comes from one god or several, Chopko said.

“Is that really the issue I have to decide here, whether prayer must involve some divine entreaty?” Conner asked.

“The ultimate question is, Can a government body discriminate based on who can give an invocation?” Luchenitser replied.

Even if the rule said representatives of religious groups are the only people allowed to give invocations, there’s a case to be made to include atheists in that mix. Even if atheism isn’t philosophically a religion, the courts have traditionally considered them so when it comes to matters of church/state separation.

That’s what Judge Conner said at the time, to the delight of the atheists.

So that, Conner observed, opens the question of what does the House consider to be a religion. He noted that, in the legal sense, atheism is recognized as a religion and there are ministers of secularism.

“We would say the humanists, free thinkers, atheists are religions,” Luchenitser insisted. “There is nothing that requires a prayer… to include requests to a higher spiritual authority,”

When it came down to it, the law in Pennsylvania’s House discriminated against atheists — and only atheists. If House leaders wanted to have an invocation, they couldn’t open the doors to everyone except the godless.

In April of 2017, Conner released a decision that didn’t rule on the merits, but said the atheists certainly have valid concerns, and this is a legitimate Establishment Clause case deserving of a full hearing.

“The Pennsylvania House’s policy of barring people who don’t believe in God from delivering invocations is discriminatory and unconstitutional,” said Alex J. Luchenitser, associate legal director of Americans United. “I’m pleased that we’ll be able to make our case in court.”

“We’re pleased the court has decided that this lawsuit can continue,” said Amanda Knief, legal director for American Atheists. “There is no question that this policy discriminates against atheists. If the House of Representatives is going to invite members of the community to deliver invocations, they must welcome all members of the community, not just those with particular religious beliefs.”

That case was eventually made in federal court, and yesterday, Conner issued his decision: The atheists were right and the PA House practice was unconstitutional:

The Pennsylvania House of Representatives’ current guest chaplain policy facially violates the Establishment Clause of the First Amendment to the United States Constitution. The policy purposefully discriminates among invocation presenters on the basis of religion and thus exceeds the constitutional boundaries of legislative prayer. The House’s pre-2017 opening invocation practice, which coerces visitors to stand during the opening prayer and thereby participate in a religious exercise, likewise offends the Establishment Clause.

“Government’s first duty is to treat all citizens equally, regardless of what they may believe or not believe about religion,” said Rachel Laser, president and CEO of Americans United. “Pennsylvania’s House of Representatives failed in that task, and we’re glad the court has set them straight.”

“The Pennsylvania House of Representatives should fully welcome all Pennsylvanians, including nontheists, as legislators conduct business on behalf of the people,” said Alex J. Luchenitser, associate legal director of Americans United and lead counsel in the case. “Instead, the House’s practice of barring residents who don’t believe in God from offering invocations created an atmosphere of exclusion and religious disfavor that was both discriminatory and unconstitutional. I’m pleased the court has put an end to it.”

It’s unclear if House members will appeal the decision, but that would be the wrong move for the same reason as their initial hesitation. They shouldn’t be fighting this battle to discriminate against their own constituents who just want the same opportunity afforded to religious people.

The only question they should be asking is: How soon will an atheist get this opportunity after years of fighting for it? 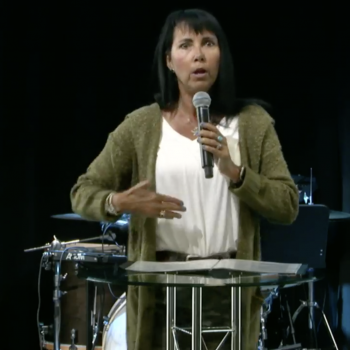 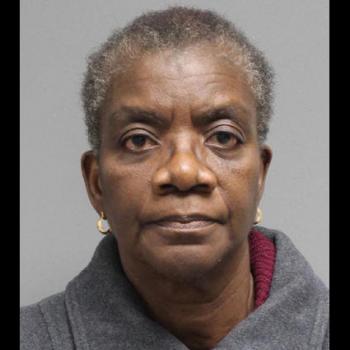