Trump Privately Urged Evangelicals to “Make Sure All of Your People Vote” August 28, 2018 Hemant Mehta

What did Donald Trump tell his merry band of conservative Christian leaders at his dinner party last night? After half-quoting John Adams and insisting that the Johnson Amendment was repealed (it’s not), Trump waited until the media was gone and the cameras were off before making a private plea to his de facto campaign officials: 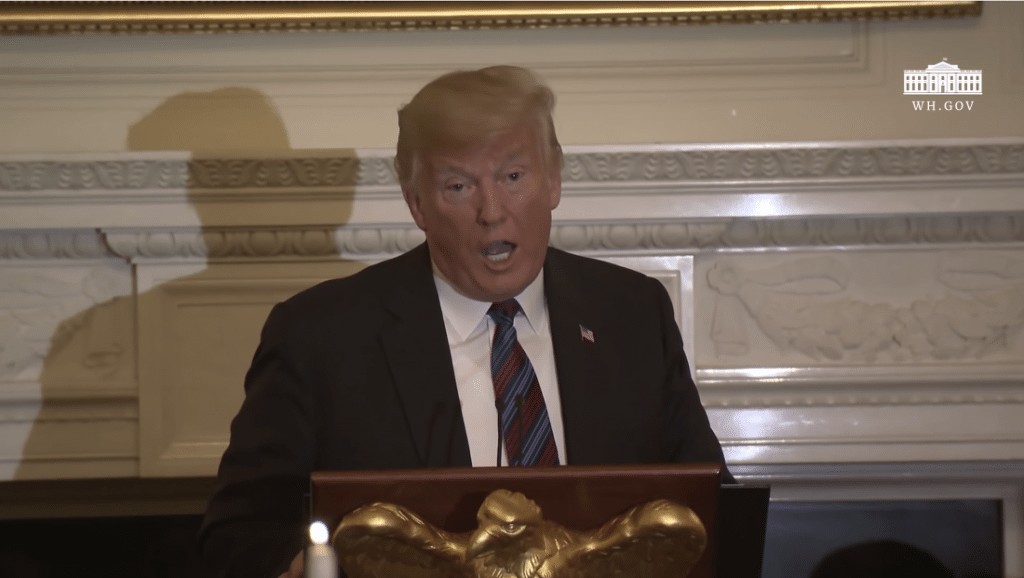 “I just ask you to go out and make sure all of your people vote,” Mr. Trump told the group of about 100 evangelical ministers. “Because if they don’t — it’s Nov. 6 — if they don’t vote we’re going to have a miserable two years and we’re going to have, frankly, a very hard period of time because then it just gets to be one election — you’re one election away from losing everything you’ve got.”

There’s a lot to unpack there… including the idea that evangelicals are one election away from, I guess, keeping immigrant children and their parents together instead of ripping them apart?

But the idea that Trump gathered together a bunch of influential evangelical pastors who share his Republican views, then told them to remind their followers to vote (wink wink nudge nudge), while not a direct violation of the Johnson Amendment, is a firm reminder that Trump is doing everything he can to solidify his base heading into the midterms. There’s only one large group of people who don’t care how irresponsible he is, how many scandals he’s involved with, how many affairs he’s had, how much damage he’s causing, how much of our reputation he’s staining, and how much money he’s effectively stealing from taxpayers — and it’s the Christians who insist on claiming the moral high ground.

The New York Times knew about the private plea only through a recording of it given to them by an attendee. Interestingly, while many of the pastors were sharing pictures and quotations of what Trump said to them on social media, none of them were eager to share how Trump wanted them to get their congregations to vote for fellow Republicans.

NBC News, which also received the recording, also noted how Trump added a sense of urgency to the elections:

If the GOP loses, he said, “they will overturn everything that we’ve done and they’ll do it quickly and violently, and violently. There’s violence. When you look at Antifa and you look at some of these groups — these are violent people.”

I’m not sure why liberals would resort to violence after we win when we’re not violent right now… maybe it’s because Trump is just making shit up for a large group of people whose careers are built on believing whatever the person in charge tells them, especially when it comes with a threat of what will happen if they don’t obey.

There’s a reason Trump didn’t invite progressive Christians to the dinner party. He doesn’t want them encouraging their congregations to vote. Hell, his party’s hard at work suppressing their vote. But for the right-wing Christians? He’ll lie, butter them up, open up the White House doors… only to ask for a favor so he can stay in power when there’s a constant stream of evidence showing why he should never have been given this power in the first place. 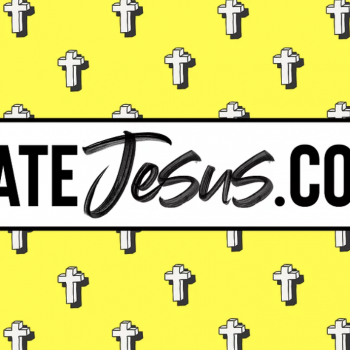 August 28, 2018
A Church Wants to Know How Many Stars You'd Rate Jesus (Seriously)
Next Post 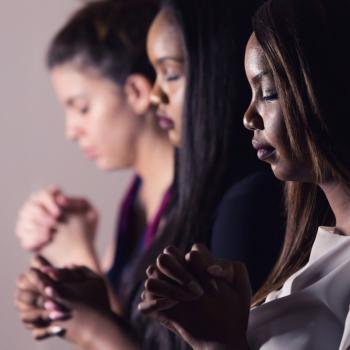 August 28, 2018 The Faith of Young Evangelicals Looks Nothing Like Their Parents' Christianity
Browse Our Archives
What Are Your Thoughts?leave a comment