Pope Francis: If Your Kids Are Gay, They Might Need to See a Psychiatrist August 27, 2018 Hemant Mehta

Pope Francis: If Your Kids Are Gay, They Might Need to See a Psychiatrist

Update: Commenters have noted that the line about seeing a psychiatrist wasn’t necessarily in response to a child who’s gay, but I still see the phrasing as ambiguous at best. What “worrisome” traits is he talking about in the context of a child coming out to his parents? Keep in mind the catechism still says gay people who have sex are committing an “intrinsically disordered” act which suggests a mental problem in itself.

Pope “Who Am I To Judge” Francis says that gay children should see a psychiatrist if they start to exhibit “worrisome” traits. (I guess those traits include saying they’re gay.)

He made the remark while trying to explain how the Catholic Church ought to embrace LGBTQ people.

So that plan failed…

Francis was asked what he would tell a father of a child who just came out as gay. Francis said he would first suggest prayer.

“Don’t condemn. Dialogue. Understand, give the child space so he or she can express themselves.”

Francis said it might be necessary seek psychiatric help if a child begins to exhibit “worrisome” traits, but that it’s something else if an adult comes out as gay.

So… it’s okay if they’re gay as adults, even though the Church says homosexual acts are “intrinsically disordered” and opposes the rights of same-sex couples to get married. But they love gay adults! Gay children, on the other hand… there’s something wrong with them to the point where they need professional help.

I guess we’re supposed to give the pope credit for saying parents shouldn’t kick gay kids out of their homes… even though that seems like a remarkably low bar these days.

Even the Vatican knew the pope’s remarks were awful, because shortly after he made them, they removed that conversation from the official account of what happened, even though it’s on video.

… when the Vatican later published the Pope’s answer, the reference to psychiatry had been removed.

When asked why, a Vatican spokeswoman told AFP it had been done in order to not “change the thoughts of the Holy Father”.

“When the Pope referred to ‘psychiatry’, it is clear that he was doing it to highlight an example of ‘things that can be done’. But with that word he didn’t mean to say that it (homosexuality) was a ‘mental illness’,” she said.

So it’s not a mental illness, but if a kid is gay, a psychiatrist may be able to… what? Fix the problem?!

It’s never good when an apology for saying something anti-gay also includes a subtle reference to conversion therapy.

But that’s the Vatican for you. The pope had an immediate solution for handling kids who are gay, but he said nothing useful regarding concrete reforms by the Vatican to punish and prevent pedophile priests.

(via Joe. My. God. Thanks to Andrew for the link) 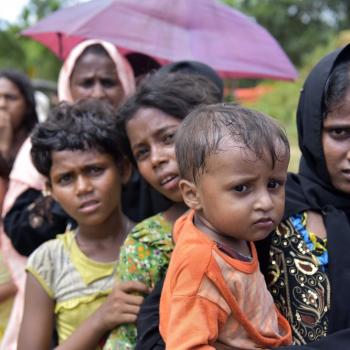 August 27, 2018
Buddhist-Controlled Myanmar Military Leaders May Be Charged with Muslim Genocide
Next Post 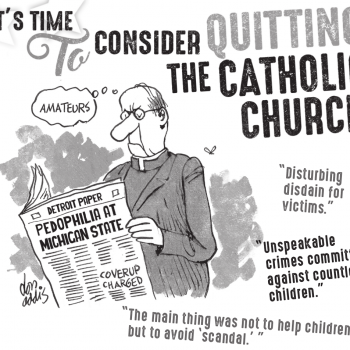