Pope Francis Couldn’t Even Give Away Free Tickets to the Papal Mass in Ireland August 26, 2018 Hemant Mehta

Last month, when organizers were working on plans for Pope Francis‘ visit to Ireland, there was a protest movement to snatch up tickets to his largest scheduled event in Dublin’s Phoenix Park… then not show up. The organizers of Say Nope to the Pope wanted him to speak to empty seats representing people disgusted by the actions of the Catholic Church.

That protest may have been a failure… but not because people snatched up tickets and actually went. Rather, most people didn’t bother getting tickets at all.

The crowd was relatively empty given all the expectations. It looks more like Donald Trump‘s inauguration than a blockbuster papal visit.

The Pope in Phoenix Park getting less numbers than a mid afternoon slot of Hozier at Electric Picnic pic.twitter.com/y98vjJpY0n

It's fair to say that the attendance in the Phoenix Park will have disappointed the organisers. The picture below was taken after the Pope arrived: see his popemobile in the middle pic.twitter.com/6G0o9ksGa4

Less than 130K ppl have turned out to see the Papal mass in Phoenix Park.

More Irish ppl turned out to see Ed Sheehan’s concert in May than came for mass w’ the Pope. https://t.co/XMX0tW2NCl

And here’s the result. These shots were taken minutes after the @Pontifex arrived at Phoenix Park. pic.twitter.com/UWcRdOfIjO

The crowd was estimated to be under 130,000 people, far fewer than the 500,000 tickets that were made available to the public, and a far cry from the 1,000,000+ people who came out to watch Pope John Paul II in the same location in 1979. (Only a few thousand people agreed to participate in the Say Nope to the Pope protest.)

To put it in context, according to one source, nearly 75% of the Irish population saw the Pope in 1979. Today’s event represented less than 3% of the population.

Why the drop? We can’t say for sure… but who am I kidding, of course we can.

The pope isn’t a rock star you’re dying to see in your lifetime. He’s not an inspirational figure. He’s the titular head of an immoral and criminal enterprise.

You might see some large crowd shots from the pope’s perspective on stage, but the drone and helicopter shots from above tell a much more complete story.

There’s nothing Pope Francis can say that carries weight with decent people around the world. They know we’re all better off ignoring the Church. No amount of PR by the pope is going to patch up the damage the Church has done over the past several decades. 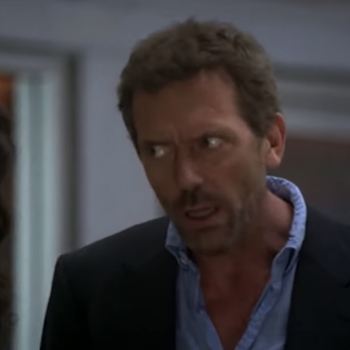 August 26, 2018
Atheists Characters in TV and Film Are Far More Complex Than They Used To Be
Next Post 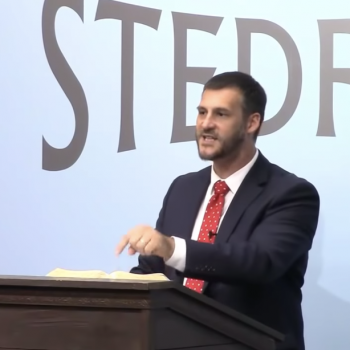 August 27, 2018 Preacher Blames Everyone and Everything (Except Guns) for Jacksonville Shooting
Browse Our Archives
What Are Your Thoughts?leave a comment