Atheists Characters in TV and Film Are Far More Complex Than They Used To Be August 26, 2018 Hemant Mehta

Sarah Henry, the communications associate for the American Humanist Association, notes a really interesting recent trend in popular culture: Atheism is almost casually dropped into conversations between characters, and when they don’t believe in God, it’s not the main thing that defines them. 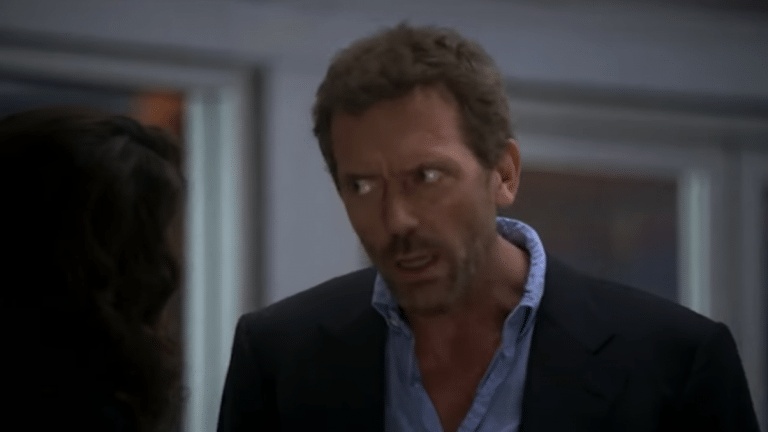 For example, she writes, in the movie Eighth Grade, the main character Elsie is nonchalantly asked whether she believes in God in a way we might have considered taboo not too long ago.

The same thing happened in the film Lady Bird:

… near the end of the film, main character and rebellious teen Christine (Saoirse Ronan) questions a classmate at a party, “Do you believe in God?” When he responds in the negative she questions him further, but the portrayal of the conversation is both positive and light — not weighed down by controversy or pressure from societal conventions of religion.

That’s a far cry from the one-note stereotypical atheists we saw in House (in the image above), Family Guy (with Brian), and The Big Bang Theory (with Sheldon).

Why is this happening with more frequency? Why are atheists characters written with more complexity? Henry writes:

A majority of Americans now say that it’s not necessary to believe in God to be moral and have good values. With trends like these shaping the young and middle-age adults who are the most rabid consumers of popular media, it makes sense that a character’s belief system is no longer the sole explanation for their decision making and moral structure.

I would also add that the writers’ rooms for these shows are likely made up of more people who grew up without the notion that religion was ever a force for good. They were young when 9/11 occurred. They’ve always known the Catholic Church to be a hotbed for abuse. They’ve grown up with the Religious Right pushing the wrong answers to the simplest moral questions of our time.

Atheism isn’t a dirty word for them — and their characters reflect that. 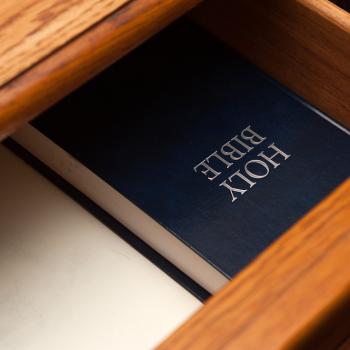 August 26, 2018
After Marriott Merger, Sheraton and Westin Hotels Will Offer Holy Books in Rooms
Next Post 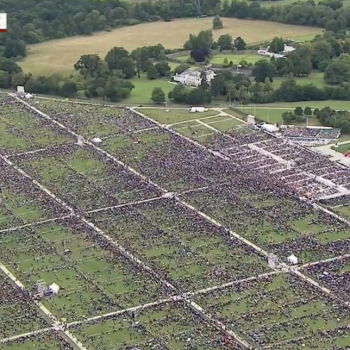