Pastor Ernest Angley, the 97-year-old head of Grace Cathedral church in Akron, Ohio, is being sued for allegedly abusing one of his associate pastors for years.

It’s only the latest allegation of abuse in a career full of them.

But perhaps the most egregious allegations against Angley came from Pastor Brock Miller. In 2014, the Akron Beacon Journal‘s Bob Dyer reported that Miller had been “violated” by Angley for several years. Miller didn’t speak with Dyer for the article, but several people who knew him did.

When asked whether Angley explained the reason for the touching, the person replied, “[Miller] was receiving ‘a special anointing.’”

Angley and other pastors later explained Miller’s resignation to the congregation by saying he was a liar, drug addict, adulterer, and a drunk.

None of this came as a surprise to several former members of Angley’s congregation because they said Angley had touched them, too. In fact, he encouraged men in his church to get vasectomies — and personally inspected them before and after the procedure (even though he has no medical training). He also encouraged women to get abortions. Basically, he wanted no babies born to members of his congregation. One former member said this was because babies would take “time and money away” from his church.

This past December, Brock Miller contacted Bob Dyer and said he was finally ready to tell his story. What came out was unbelievable.

And on at least a dozen occasions, Miller says, he was summoned to Angley’s house for a “special anointing” in which the preacher would have him strip naked and lie on a circular bed while Angley massaged him.

When Miller was 17, Angley told him God wanted him to marry a 15-year-old girl in the church choir. Their wedding took place when he was 19… but not before Angley told him to get a vasectomy.

“We were taught from a very young age that this is the Final Hour and that the world is too evil to bring children into,” Miller said. “You just don’t do it because it’s not God’s will.”

Around that time, Miller was worried he wouldn’t be able to have sex with his wife after the wedding, so Angley offered to check out his penis. As one does. Miller, under his spell, readily complied.

He recalls that when he finished, with Angley watching intently, the preacher said, “You’ll be just fine. There’s nothing wrong with you.”

Then, Miller says, Angley added, “Now you make sure you don’t ever tell anybody about this. This is to stay between us — you and me and God. … Nobody needs to know about this because they wouldn’t understand.”

Two years later, when Miller had a random rash, Angley told him it was due to lack of sex (not true) and that Miller should come by his house for another inspection.

“That was so creepy and gross,” Miller says. “It was all just a horrible, horrible moment. I knew something wasn’t right about it, but I just wanted to get this over so I could go on my way.”

They met several more times after that, Miller explained, in part because he was brainwashed by Angley.

He has since gotten a divorce — though they’re still friends — but the 32-year-old is still pretty messed up from everything Angley did to him.

And that’s why Miller is now suing.

The lawsuit says the plaintiff [Miller] “suffered severe and permanent injuries, great pain of body and mind, mental anguish, and required psychological and medical treatment” as a result of Angley’s conduct and also was subjected to an unsafe work environment.

It’s not the first time Angley’s been sued, but given his age, it may well be his last. And this time, the allegations are more substantiated and serious than anything Angley’s ever seen before. 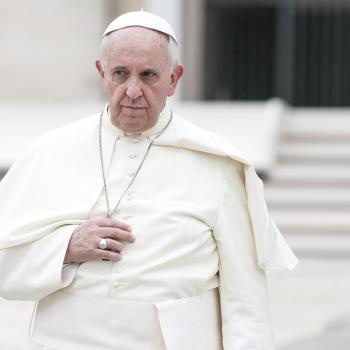