Since you’re all dying to know, we have the latest Ark Encounter attendance numbers, this time for the month of July.

I can’t wait to hear Creationist Ken Ham explain why the busiest month of the year drew in fewer people than the same month last year.

The number comes courtesy of a public record request by local paleontologist Dan Phelps, and you can read more background about how it’s calculated here.

It’s never a good sign when a tourist attraction is drawing a smaller crowd in a given month this early in its existence. We’ll find out soon enough if that trend continues in August. Keep in mind that school has started in many cities and the weather is getting colder, which means fewer families will be visiting the Ark.

Are Creationists freaking out about this. Who knows. They’re used to pretending small numbers represent enormous ones.

Ham will inevitably say that the attendance is actually much higher than these numbers represent because kids get in for free, as do members with lifetime passes. That’s why he recently claimed attendance in the Ark’s second year was over a million… even though only 862,491 tickets were sold.

The inflated number doesn’t help local business owners, however, since they’re probably not banking on tourism dollars from the four-year-olds who get on the boat without a full-price ticket.

As Phelps joked in an email, at the rate Ham is going, it may not be long until he’s counting unborn fetuses in his attendance numbers as well.

Anything to keep a sinking ship afloat. 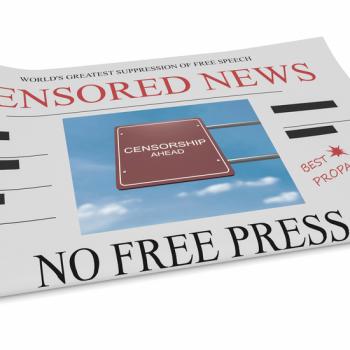 August 25, 2018
A Catholic School Censored a Piece in the Student Newspaper. The Plan Backfired.
Next Post 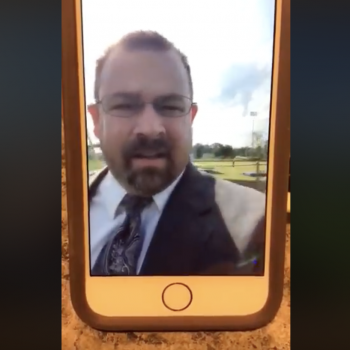 August 25, 2018 Evangelist Rants Against Youth Football Players and "Prostitute" Cheerleaders
Browse Our Archives
What Are Your Thoughts?leave a comment