Leave it to a Christian evangelist to ruin a youth football league (for reasons that have nothing to do with the potential head injuries).

Evangelist Ernie Spence of the Fellowship Baptist Church of Bedford in Kentucky was walking past a local high school’s football field when he filmed a rant trashing all the kids playing football, everyone watching them play football, and everyone cheering on the players.

(He deleted it, but not before it was downloaded and reposted. Because the Internet, unlike Jesus, saves.)

Sunday evening. Just out here on a bus route here for Fellowship Baptist Church tonight. And we just went past Trimble County High School… and got grieved in my heart. I see what’s wrong with America today right here. It is time to get ready to go to church, and the grandstands back here are full of people, and you got all these young ‘uns out here chasing balls and all that, that don’t amount to a hill o’ beans.

The reason why is because they’re making more effort about this God — their football God — than they are at being in the house of God. And that’s what’s wrong with America today. They’re out here chasing this ball God. And we see what the NFL is today. You all bow down to the NFL. You worship that junk. It starts right here.

So whenever your children have got more emphasis on what’s going on in the football field than they do the house of God, and people jumpin’ and cheerin’ up and carryin’ on like a bunch of banshee Indians over a kid just running and catching a ball — that’s pure ignorance! Pure ignorance!

When these children are burning in Hell, how do you think you gonna feel? But, oh boy, junior can catch a ball, and junior could run. Junior runs straight to hell and you don’t care.

Ain’t no big deal, man. That ain’t gonna matter in eternity. Are you mad, preacher? No, I ain’t mad. I’m just grieved in my heart. Sad at what’s going on here in America today. This is big for Trimble County, Kentucky. If it’s going on here, it’s going on everywhere else. too.

There you have it. A rant from a guy who was always picked last.

It’s worth pointing out that the people who were playing on the football field that Sunday night weren’t even high school athletes. They were kids who participate in a youth football league and are no older than 11.

That applies to the cheerleaders, too. Sarah Oak, who reposted the video, noted that the “prostitute” uniforms are just t-shirts and shorts. 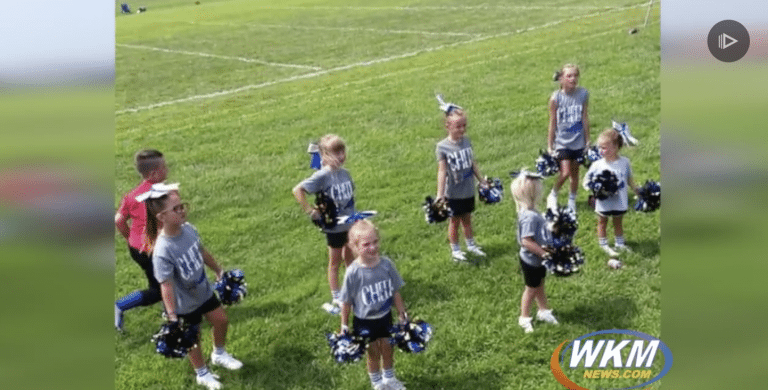 Spence seems to think everyone has to choose between sports and church, but that’s also a false dichotomy. Christian schools have their own sports leagues and plenty of football players are very open about their faith. And if you want to keep 11-year-olds away from drugs and “fornication,” the best way to do it is by getting them involved in an extra-curricular activity. Spence is oblivious to that.

The irony is that Tara Isley, the director of the Trimble County Youth Tackle Football League, told a local reporter that she actually encourages coaches to share their faith with the kids. (That’s a separate problem right there…) The point is they’re not opposed to Christianity even if Spence implies that they are. Their mere existence, however, is anti-Christian to people like him, who are always applying a purity test to people who can never pass it.

(via the Madison Courier. Thanks to Kyong for the link) 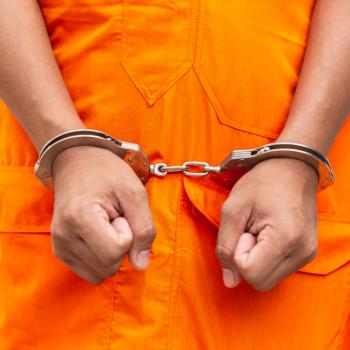 August 25, 2018 Buddhist Monk Beats 9-Year-Old Boy to Death During Prayer Session
Browse Our Archives
What Are Your Thoughts?leave a comment