A Catholic School Censored a Piece in the Student Newspaper. The Plan Backfired. August 25, 2018 Hemant Mehta

A Catholic School Censored a Piece in the Student Newspaper. The Plan Backfired.

Liberty University isn’t the only school where the president censors articles written by student journalists if it makes the school look bad, then punishes people involved with it.

At Holy Family High School, a Catholic school in Colorado, students were forbidden from publishing an article last December about how girls at the school were prohibited from being altar servers. 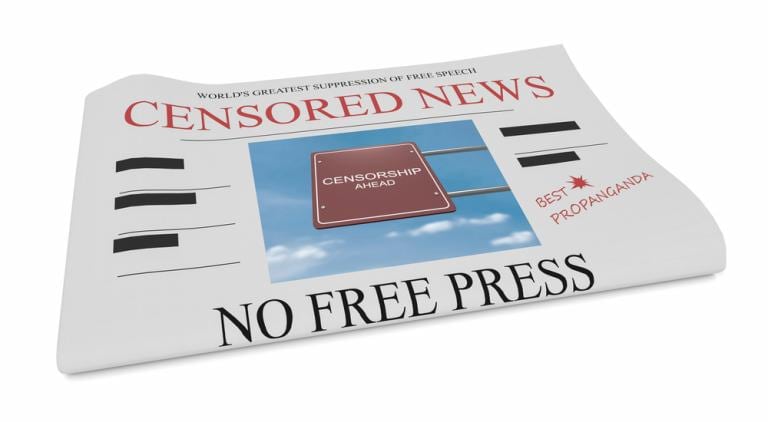 We traditionally only hear about “altar boys” assisting with Mass, but the Church actually allows girls to fulfill that role, too. It’s all at the discretion of local Church leaders. This high school allowed everyone to take on those responsibilities without a problem, but when Father Joseph McLagan was hired there last year, he instituted a No Altar Girls Allowed rule.

The article that was going to be published was an interview with him about why he made that decision:

The un-bylined article, bearing the headline “Where are the girls? Holy Family prohibits girls from serving at the altar,” features an interview with [McLagan]…

“I’ve chosen not to allow girls, not to their exclusion, but to allow men to continue in the tradition of the liturgy,” the article quotes McLagan as saying. “I would like to see the men be active in their faith in a way it’s very hard for them to be.”

He had every right to do that, but it looks really bad when a priest finds a new way to exclude girls from serving a role in the Church. His explanation is just pathetic, as if boys just can’t catch any breaks.

No wonder the principal of the school wanted to make sure no one saw that article.

In a statement provided by the Archdiocese of Denver, Holy Family High Principal Matt Hauptly said the article “was implying” the school was breaking Title IX laws when altar serving is a religious and liturgical function within Catholic Mass that does not fall under federal gender-equity protection.

“Removing an article that falsely accused the school of breaking the law is not censorship,” Hauptly said in the statement. “It is actually a lesson in the responsibility that comes with being a journalist.”

It implied no such thing.

According to the Denver Post, the article didn’t even mention Title IX, nor did it say the move was potentially illegal. The article did, however, appear above text of the school’s non-discrimination rules and the wording of the Title IX policy. Why? Because the school makes them publish it in every issue.

So Hauptly ostensibly punished the students for something the administration forced upon them.

How do we even know about this controversy? That’s the beautiful part.

It’s because the faculty adviser for the newspaper, Traci Mumm, was fired from that position after the controversy occurred. She was a casualty of their censorship. When the school year ended, she chose to resign and quickly found a new teaching position at a public school. Now that Hauptly has no authority over her, she has no reason to keep silent about what happened.

“Jesus never said hide from the truth and ignore people who are asking questions and asking for help,” Mumm said. “This willingness to look the other way and to expect your questions not to be answered and addressed is the cancer of the church. I think the exchange of information and asking and answering of questions is what makes us strong in our faith.”

“I understand as a private school, you don’t have First Amendment protection, but I still think it’s part of our role as people in society and as faithful members of our church to ask questions,” Mumm said. “And why can’t girls be altar servers? Is that such a bad question to ask? I have to be fired over it? That’s where we are as a church?“

Those must be rhetorical questions because the answers are too obvious. Of course that’s where they are as a Church. Just when you think the Church can’t get worse, they find a way to surprise you.

More importantly, by suppressing a legitimate article, the principal taught the students a valuable lesson: Critical thinking and challenging authority has no place in their school. If anyone dares too call the teachers or administrators out on their decisions, there will be hell to pay.

There is a silver lining to everything, though. Because the principal chose to censor a story virtually no one was going to read, now everyone can learn about why no decent family should send their kids to Holy Family High School. At least not if they want the kids to get a real education. 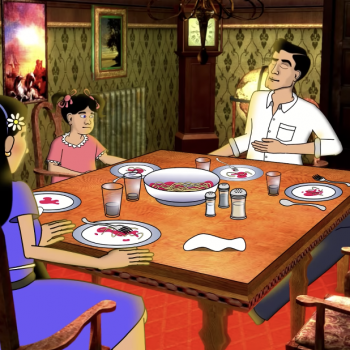 August 24, 2018
The Problem With Religious Immortality... Explained with Spaghetti
Next Post