Here’s a perfect example of a Christian Right group complaining about a problem that doesn’t exist.

Back in July, because the primaries and midterm elections were coming up, Hawaii’s Attorney General issued a press release reminding all non-profit organizations that there was a limit to their political activity. 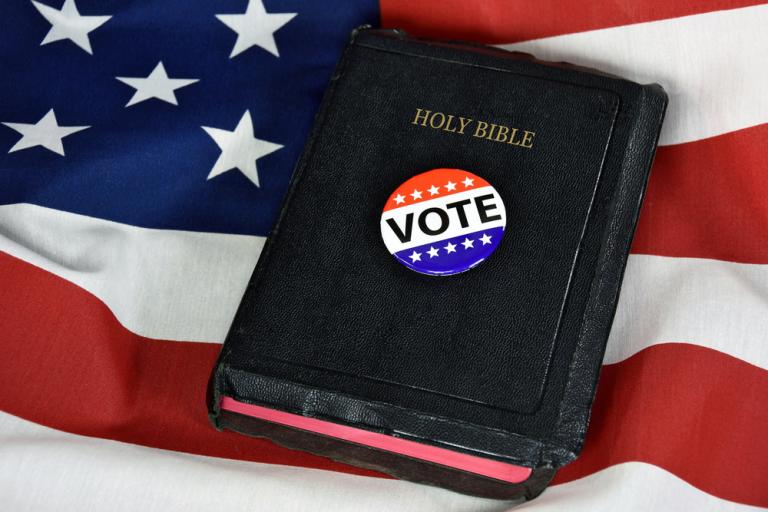 This wasn’t even a warning. It was intended as a helpful notice to all non-profit organizations at a time when they may be tempted to break IRS rules.

Organizations exempt from income tax under Internal Revenue Code Section 501(c)(3), which include churches, private schools, universities, and humanitarian organizations, pay no federal or Hawaii income taxes and must operate exclusively for their tax-exempt purposes. Federal tax law specifically bars such organizations from participating or intervening in political campaigns on behalf of any candidate for public office. This means that organizations cannot directly or indirectly advocate on behalf of candidates, cannot publish or distribute statements supporting or opposing candidates, and cannot make contributions to political campaign funds.

None of this is news to anyone running a non-profit. It shouldn’t be, anyway. It’s literally what you sign up for when your group becomes a non-profit and what you’re willing to give away in exchange for a tax exemption.

The press release also noted that non-profits could advocate for issues, if not candidates. Groups could encourage voting in general. Individuals associated with the non-profits could, of course, express their political views as long as it was done in a personal capacity. Finally, Hawaii encouraged non-profits to develop internal policies to “educate board members” about these rules, to provide equal time to candidates in public forums and debates, and to monitor their social media to make sure nothing slipped through that crossed the lines.

Again, all of this was perfectly reasonable.

So, naturally, Christians are now pretending like it was religious persecution.

The right-wing conservative group Alliance Defending Freedom sent a letter to Attorney General Russell A. Suzuki whining about how he had gone overboard by reminding everyone of the rules of the game.

The tax code restrictions that the Hawaii AG referenced in his “guidance” are federal and may only be enforced by the Internal Revenue Service, not a state attorney general. The fact that he released guidance on a law he has no authority or ability to enforce makes it clear that the “guidance” was nothing more than a tactic to intimidate houses of worship from speaking during this election season.

Somehow, a helpful guide to all non-profits was taken as a threat to churches.

Because that’s how these Christians think. If you so much as breathe in their direction, they’ll find a way to accuse you of hating Jesus.

Here’s an example of what I mean, from ADF:

It’s also worth noting that religious leaders do not surrender their First Amendment freedoms when they enter the ministry. Acting individually, they enjoy the same right to speak as any other citizen. They may freely support or oppose political candidates without violating federal tax law or jeopardizing their church’s tax-exempt status.

The law also does not restrict the free expression of opinions by individuals or leaders who are associated with charitable organizations. Statements advocating for the election or defeat of a candidate by an exempt organization’s leadership, however, may threaten the organization’s tax-exempt status unless the leaders clearly indicate that their comments do not represent the views of the organization and there is no appearance that the organization’s resources were used to issue the statement.

So what the hell are these Christians complaining about?

This vague and misleading “guidance” from the Attorney General of Hawaii is nothing more than an attempt to use federal tax law to silence the voice of houses of worship.

Bullshit. That is another Christian lie. The state’s government wasn’t trying to silence churches — and we know that because we can read the letter for ourselves, something ADF’s members are apparently incapable of doing if they believe the spin. The guidance didn’t even single out churches. So even if there was any attempt at silencing groups, it would’ve applied to all non-profits equally.

This needs to be reiterated: Christian persecution doesn’t exist in the U.S.

That means groups like ADF, that claim to protect Christians when they’re being persecuted, have to make up their own problems. These people would find a reason to claim a coin flip was rigged against Christians. They should never be taken seriously.