How do we solve all the problems plaguing Donald Trump and his administration? The answer is impeachment to pray away the witches.

In other words, the Irrational want to protect the Immoral from the Imaginary.

At least that’s the #ChristianLogic deployed by Alabama Pastor John Kilpatrick of the Church of His Presence in Daphne. Over the weekend, he asked his congregation to pray against the “witchcraft that’s trying to take America back over.” And by witchcraft, he means the “Deep State.” And by Deep State, he means whatever bullshit he’s making up because he refuses to acknowledge the scandals RIGHT IN FRONT OF EVERYONE’S EYES.

(Who knew witches were the ones who paid off all the women Trump had affairs with before the election?)

And just to make sure their exorcism was truly effective, they spoke in Jesus Gibberish. (Wait until the 3:19 mark…)

“I am not being political, but I don’t see how President Trump bears up under it,” Kilpatrick said in his sermon. “He is as strong as I’ve ever seen a man be. But here’s what the Holy Spirit said to me last night and what He said for me to tell you. He said, ‘Tell the church that so far, Trump has been dealing with Ahab. But Jezebel’s fixing to step out from the shadows.’ That’s what the Lord said to me.

“He said, ‘Pray for him now, because he said there’s about to be a shift, and the Deep State is about to manifest, and it’s going to be a showdown like you can’t believe.’ So, I’m coming to you as a prophet, as a man of God, and I’m telling you, it’s time to pray for the president.”

He then began speaking in tongues, and added, “We’ve got to pray for this man.”

That’s not what I heard. I heard “Shabarabolobogunudeboyo.” Followed by “Sonoboayayandoowehjqwlkdnaslkreiurwqoejqweq.”

Nowhere in that sermon clip did they pray for the hundreds of immigrant children who were ripped away from their parents and remain separated because of an irrational and cruel policy pushed by Republicans in the White House.

They did, however, pray for Melania.

Don’t just roll your eyes at all this: These are the kinds of Christians currently running the country. They really believe this bullshit. And the Republican Party is doing everything it can to accommodate their every wish. They need to be voted out, every last one of them.

(via Raw Story. Thanks to Randal for the link) 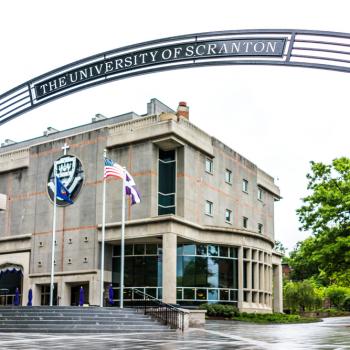 August 23, 2018
A PA Catholic School Realized It's a Bad Idea to Name Dorms After Church Leaders
Next Post 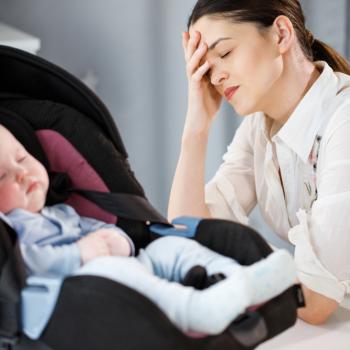 August 23, 2018 Feminism Nearly Ruined My Marriage, Says Christian Who Doesn't Get Feminism
Browse Our Archives
What Are Your Thoughts?leave a comment