Australian Survey Finds Belief in Creationism is Quickly Dying Out

Many years ago, Creationist Ken Ham left Australia. They got smarter. We got dumber. 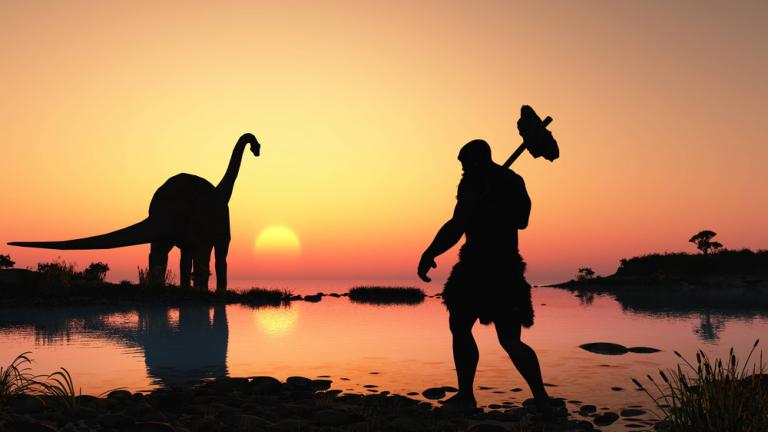 We can’t blame him entirely for the doubts people have regarding evolution, but the latest results from a longitudinal study in Australia finds that first-year biology students at the University of New South Wales are less likely than ever before to believe God magically poofed us into existence in present form a few thousand years ago. 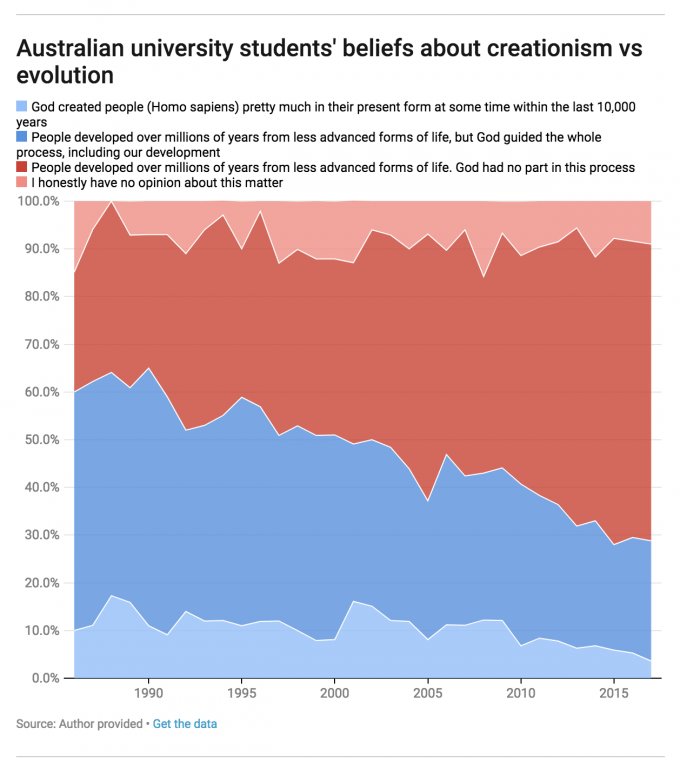 That light blue part at the bottom? Those are your Creationists in 2017. All 3.6% of them. (25.2% believe in God-guided evolution. And 62.2% are actually right and accept evolution with no supernatural intervention.)

For the sake of comparison, 38% of Americans believe in Young Earth Creationism while only 19% live in reality.

Professor Michael Archer explains that this trend in his country matches a general shift away from religious belief. (More than 30% of Australians now belong in the “No Religion” category.) But there may be more to it:

A key factor cited by many which may be contributing to the long-term shift away from theistic views of human origins include increasing access to a massive amount of web-based and media-presented scientific understanding about the origin of the natural world. Before this was available, cultural, community and parental values may well have been the most influential factors in forming student opinions about supernatural versus natural origins.

But it may also be that people are finding it difficult to maintain faith in miraculous explanations for what are otherwise increasingly found to be natural phenomena. Exposure of claims for contemporary miracles, such as statues of Mary that appear to weep tears of blood, don’t help to stem growth in scepticism about miracles in general.

It’s true that it’s increasingly harder to live in a bubble where scientific facts don’t ruin the magic of faith-based wishful thinking. At least it helps to live in a country where those irrational beliefs aren’t taken seriously by most people. In the U.S., we have an entire political party that promotes and celebrates that sort of thinking and rejects any call for returning to reality. 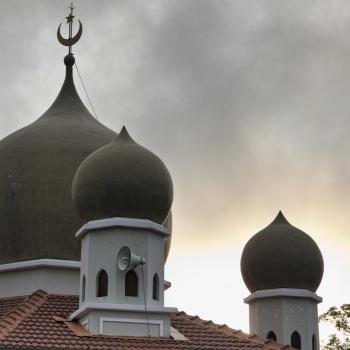 August 22, 2018
Indonesian Woman Sentenced to 18 Months in Jail for Saying a Mosque Was Too Loud
Next Post