Want to know what the state of Republican politics is like these days?

A woman named Bettina Rodriguez Aguilera, who’s currently running for Congress from Miami, once claimed on TV that she went onboard a spaceship staffed by aliens when she was seven years old and has been communicating with them telepathically ever since.

Rodriguez Aguilera, 59, a Republican who is running to replace retiring Miami Republican Rep. Ileana Ros-Lehtinen, recounted her experience with the ETs during a 2009 television interview.

She described “going up” inside the spaceship — though whether it went into space or just hovered around town was left unclear.

“I went in. There were some round seats that were there, and some quartz rocks that controlled the ship — not like airplanes,” Rodriguez Aguilera said.

Uhhh… sure. Okay. Some kook is running for Congress. That’s not necessarily news. Anyone can run.

What is news is that she just received the GOP endorsement from the Miami Herald.

Look at how quickly they just dismiss her crazy beliefs.

… We realize that Rodriguez Aguilera is an unusual candidate. Last year, she told the Miami Herald — and several Spanish-language media outlets — that she believes in extra-terrestrials. She says when she was 7, she was taken aboard a spaceship and, throughout her life, she has communicated telepathically with the beings, which remind her of the concrete Christ in Brazil. There you have it.

“This is a non-issue,” she told the Board. We agree. Her bona fides as a former elected official, and now a businesswoman who spends time in other countries training women to run for office are solid.

What?! We’re just glossing over the crazy with a simple “we agree”? Why is it not an issue?! Why are politicians allowed to get away with believing in bullshit — which tells you a lot about their inability to think rationally — just because they have some other potentially decent qualities?

This is a failure of journalism. A more credible editorial board would say, “She has conservative ideas we like, but her belief that aliens talk to her is a deal-breaker. She should drop out and spare us all the embarrassment. If you’re considering voting for her, just stay home. Please stay home.”

For what it’s worth, the frontrunners in this GOP primary are two candidates who didn’t care to sit for an interview with the Herald‘s editorial board. But given who they went with, I can see why they’d skip out. Why bother trying to get the support of people who think Alien Woman is worthy of an endorsement even if she was the only candidate in the race? Sometimes, it’s okay to just say, “We don’t endorse anyone.” 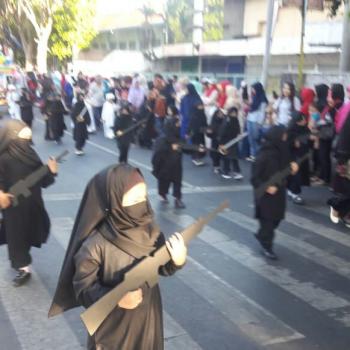 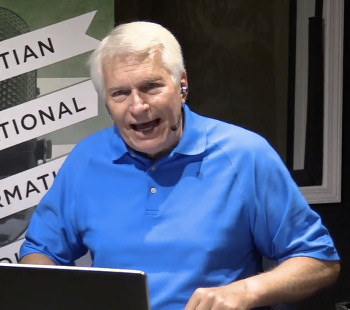