A Texas man named Imad Khalil posted a video over the weekend after a frustrating experience with a school in San Antonio.

He was helping his stepdaughter Pamela look for private schools in the area — she had just moved here from Lebanon — and the moment they stepped inside Cornerstone Christian Schools, the staff there made Pamela feel like a queen. They buttered her up, offered her a spot on the volleyball team, and really sold the fact that she would love it there.

When they asked her if she’d be comfortable with the mandatory prayers and Bible classes, she said sure. She knew she had to play by their rules and that wasn’t a problem for her.

Then they asked her if she was a Muslim (I assume because of her family’s name). She said she was. And with that, her chance to be a student there was gone. They closed the application and told her she couldn’t enroll.

The Christian school, run by Pastor John Hagee‘s ministry, doesn’t hide any of this. They say right on the online application that students must profess a statement of faith, have at least one parent who’s Christian, reject the existence of transgender people, oppose marriage equality, etc. They’re well within their right to set their own rules and reject students who aren’t sufficiently “Christian.”

The bigger issue is why they waited until the last possible moment to spring that question on her when they could’ve mentioned it right up front.

It’s a lot like those evangelical churches that try to get you in their doors only to tell you weeks or years later that you can’t become a leader if you’re marrying your same-sex partner. They were always anti-gay; they just hid that detail until after you developed an emotional connection to them.

Not all Christian schools operate this way. Neither do Catholic schools. If you follow their rules, they don’t care what religion you are at the moment. (If anything, they assume being in their building will help you become a Christian in due time.) Hagee’s schools are an outlier in that sense. But because they weren’t up front about their belief requirement, they caused unnecessary drama.

This isn’t entirely bad news. Hagee’s beliefs run the gamut between disturbing and hateful, and people are better off avoiding him. There are plenty of other private schools in the area, religious and otherwise. Pamela will find a place to go.

But it’s telling that a school run by a conservative Christian pastor found a way to break the heart of a young woman who wanted nothing more than to be a part of his community. That seems like a pretty accurate summary of the entire evangelical world these days.

(Thanks to Marcel for the link)

August 20, 2018
If You Read This Site Regularly, I Would Appreciate Your Help in Expanding It
Next Post 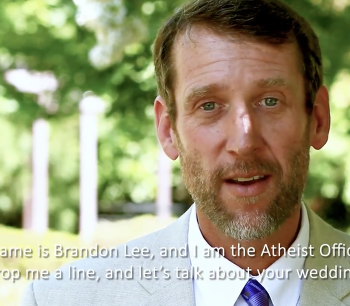