If You Read This Site Regularly, I Would Appreciate Your Help in Expanding It August 20, 2018 Hemant Mehta

If You Read This Site Regularly, I Would Appreciate Your Help in Expanding It

Slate published an article this past June about how their referrals from Facebook had basically fallen off a cliff. They had built up a presence on there that allowed their traffic to blossom for a while… until, gradually, fewer fans were seeing Slate’s articles on their News Feed. That meant fewer people were sharing those articles. That meant fewer people were visiting Slate’s website.

I could relate. Facebook was easily the biggest source of traffic to this site for years — and we worked hard to build up our presence there (Thanks, Tracey!) — but it’s easy for me, as a moderator, to see how our posts only reach a tiny fraction of our own “fans.” That means fewer shares, which means fewer pageviews… and that’s especially problematic when any payments I get are tied to web traffic.

This isn’t a unique case by any means. The same thing has happened to virtually every news and commentary outlet out there. I know I personally feel like I’m always climbing up a mountain that keeps getting steeper. The question is: What should I do now?

Let me just say that this isn’t a complaint (nor am I starving). Readers have been generous with their eyeballs, and I’ve been able to make this my full-time job for the past several years. Seriously. If you read this site and share the articles on it, it makes a huge difference whether or not you give anything.

Also, because many of you have contributed on Patreon, here’s what I’ve been able to do over the past few years:

The bread and butter, though, has always been this site. (Long-time readers can judge whether it’s gotten better and/or more relevant over time.) If I had more resources, here’s some of what I’d like to do:

There are other pipe dreams, but those are some of the immediate within-reach goals.

That’s why I’m asking for your help. The less I have to rely on web traffic, the better quality I can provide. It’s also a more reliable way to budget out for bigger projects and a safety net in case traffic plummets even more.

If everyone who reads this site regularly gave $1 or $5 a month — regularly — it would make a huge difference. And for people who care about atheism and the intersection of religion and politics, I hope you feel it’s a worthy investment.

So I’m asking readers to contribute whatever you can, no matter how much. (If you can give more than $1/month, I salute you.) If you don’t give… well, I won’t stop doing this. I’ll keep posting as long as I can. (It’s been more than a decade. I can keep going.) It just gets harder with fewer resources.

If Patreon isn’t preferable for you, you can use a credit card through Venmo (My address: Mpromptu at gmail) or send donations to P.O. Box 9734 Naperville, IL 60567. And for those who prefer to make a one-time donation only, since Patreon doesn’t allow those right now, you can always give via PayPal:

Thanks as always for your support and readership. 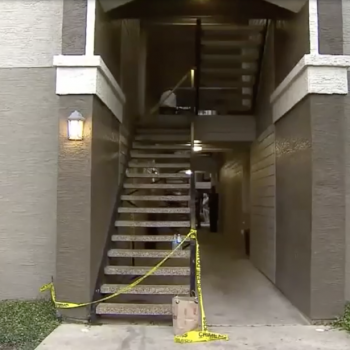 August 20, 2018
Man Yelled “Jesus is Coming!” Before Stabbing His 16-Month-Old Son to Death
Next Post 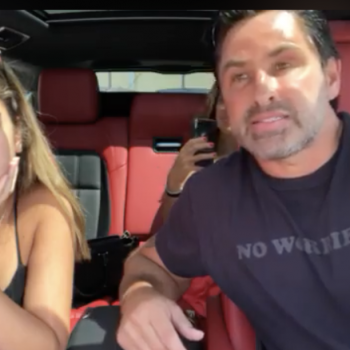