Jimmy L. Taylor, a former Marine and Christian missionary in Uganda, was arrested for yelling racial slurs and assaulting employees at a hotel in Kampala. It’s not clear when the video was taken but the story began making the rounds yesterday, and a Facebook page that appears to be his notes that he went to Uganda on August 4. (He last posted on Thursday.)

Taylor was reportedly taken to Kampala’s Central Police Station after his arrest and charged with assault and “malicious damage.”

Carla Herreria of HuffPost tells us what’s happening in the video:

The four-minute video begins with Taylor behind the reception desk, knocking things off tables while the hotel workers get out of his way. He follows the workers to the lobby, where he berates them and accuses them of hating Jesus.

I don’t remember that part of the Bible…

Throughout it all, the employees remain respectful… which makes you wonder what exactly this Christian man was offering them that they don’t already have.

According to another report, Taylor didn’t calm down after his arrest:

“Upon police efforts to effect his arrest, Taylor spat on officers, turned rowdy, uncontrollable and tried to disarm policemen,” the statement added.

“The suspect, according to police, confessed his crimes and blamed it on the mental related illness caused by stress,” said police.

I’ve been stressed out before. Somehow I never went on a violent racist screaming binge.

Maybe I just don’t have enough Jesus in my life.

(Thanks to Sue and Brian for the link) 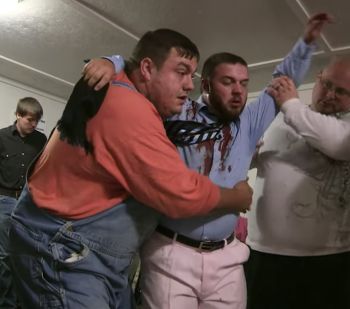 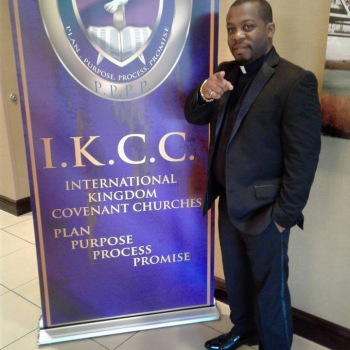