A Facebook group called True Biblical Christians routinely posts inflammatory images in order to get a rise out of people who disagree with them. Earlier this month, they posted an image with the caption, “If evolution was real, the millions of years of raw meat would’ve given us predator teeth.” It included a picture of a monster of sorts. 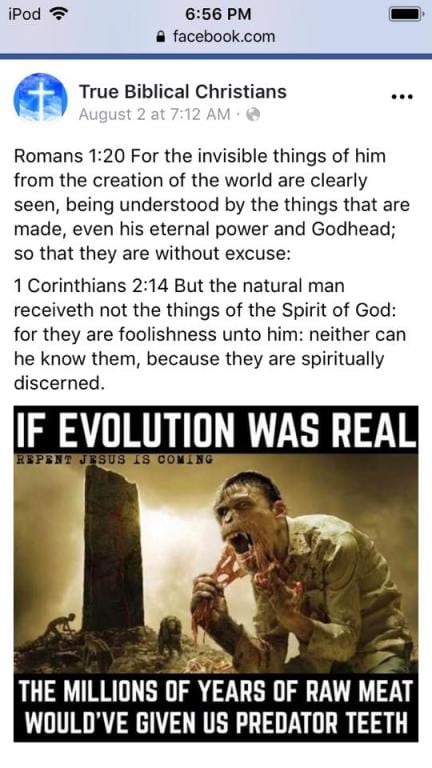 There was just one problem with that image. (Okay, more than one, but stick with me here.) It’s actually the cover art for the album Monolith of Inhumanity by the band Cattle Decapitation. 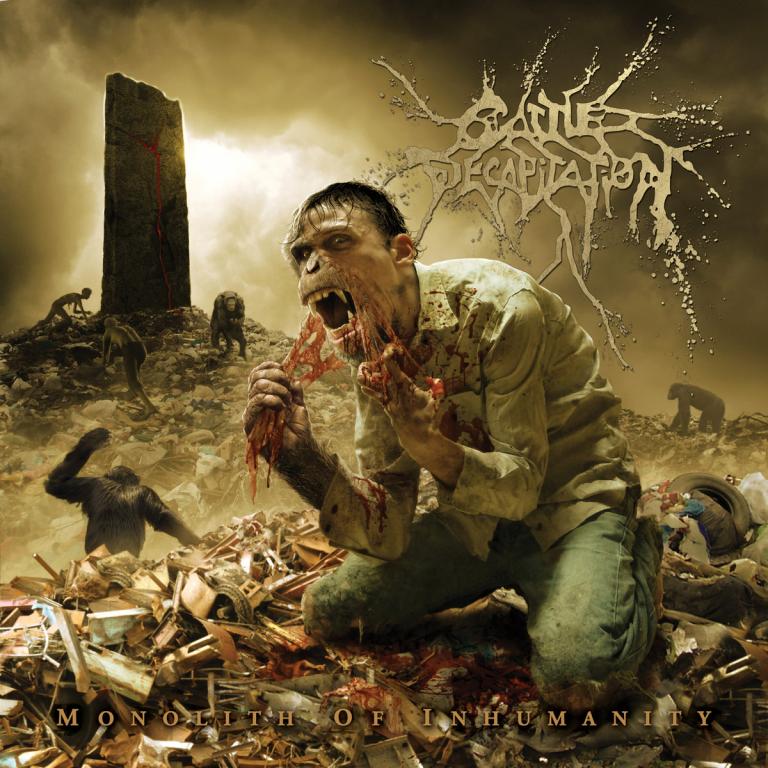 So… it was stolen art used for a completely different purpose than intended. Not only that, but the band is notably anti-Christian.

… if you took three seconds to Google ‘Cattle Decapitation,’ you’d realize that the band is staunchly anti-Christian, as denoted by the lyrics to songs like “Not Suitable for Life” (which contains the phrase “God damn your religions”), “Unintelligent Design” (“Your ‘good book’ castrates instinct, a fairy tale glorified”), and “The Gardeners of Eden” (“God damned this world that is if ‘god’ exists/ God hates this world left his ‘son’ tied to a stick?”), sure, but also just by song titles like “Christ on Crack” and “Priest of Ass.” It just doesn’t really make any sense for this particular Facebook group to in any way associate themselves with this particular piece of art.

One person who noticed that connection right away was Travis Ryan, the lead vocalist for the band. And he let the group’s moderators have it: 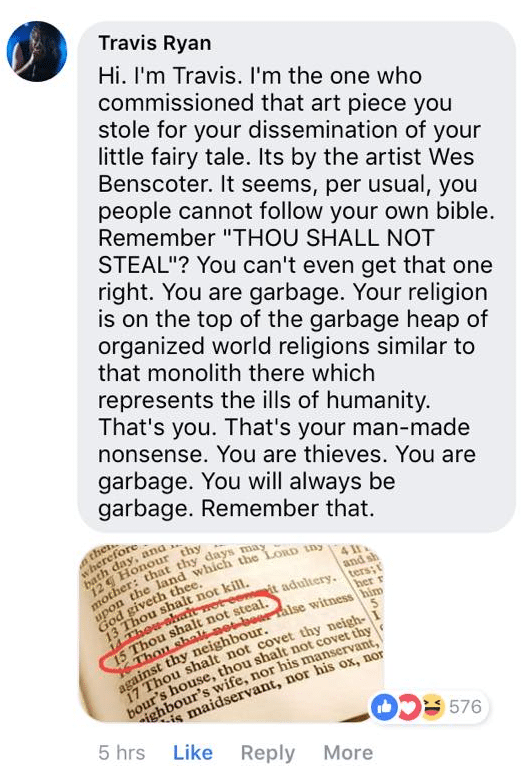 Hi. I’m Travis. I’m the one who commissioned that art piece you stole for your dissemination of your little fairy tale. Its by the artist Wes Benscoter. It seems, per usual, you people cannot follow your own bible. Remember “THOU SHALL NOT STEAL?” You can’t even get that one right. You are garbage. Your religion is on the top of the garbage heap of organized world religions similar to that monolith there which represents the ills of humanity. That’s you. That’s your man-made nonsense. You are thieves. You are garbage. You will always be garbage. Remember that.

The entire post was then swiftly deleted along with all the comments. No apology was made.

(Images used with permission of Metal Sucks. Thanks to Jason for the link) 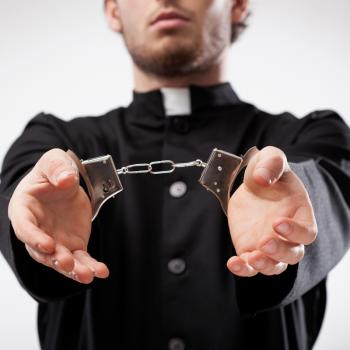 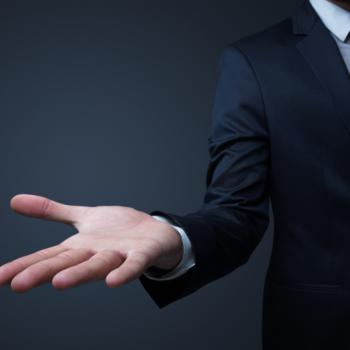