Who would have thought that following Jesus’ commandments was a threat to the gospel? Pastor John MacArthur seems to think so. 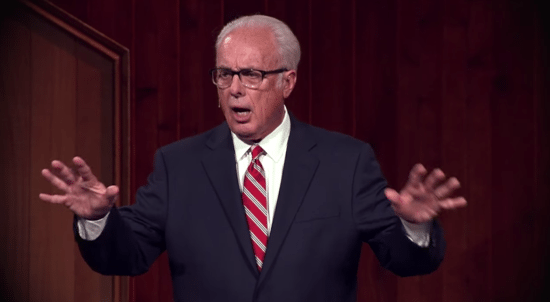 In a blog post on his ministry website, the man who has said that gay people don’t exist and that marriage equality is worse than 9/11 railed against the Christians who seem “obsessed” with social justice:

Evangelicalism’s newfound obsession with the notion of ‘social justice’ is a significant shift — and I’m convinced it’s a shift that is moving many people (including some key evangelical leaders) off message, and onto a trajectory that many other movements and denominations have taken before, always with spiritually disastrous results.

First of all, are we even talking about the same Christians? Evangelicals — white evangelicals specifically — remain the strongest supporters of Donald Trump and are some of the loudest voices against immigration, affordable healthcare, and rights for women and the LGBTQ community. If that represents a shift toward social justice, what were they like in the past?

But let’s give them the benefit of the doubt. Suppose evangelicals are all about social justice. Would that really be a problem? Has MacArthur read the Sermon on the Mount? Jesus loved Him some social justice.

Over the years, I’ve fought a number of polemical battles against ideas that threaten the gospel. This recent (and surprisingly sudden) detour in quest of ‘social justice’ is, I believe, the most subtle and dangerous threat so far

It’s so subtle, most of us didn’t even know it existed…

While he doesn’t give these examples in his piece, he seems to be referring to the belief that racism can be overcome (or at least nudged in that direction) through affirmative action, taking down Confederate monuments, offering reparations in some form, etc.

It’s apparently a major threat to his worldview when NFL players symbolically oppose racial injustice through protests during the National Anthem. That’s the sort of social justice he’s against. Don’t worry, though! MacArthur wants you to know he still abhors racism. He even has some black (preacher) friends to prove it. He just has a better solution to the problem.

I deplore racism and all the cruelty and strife it breeds. I am convinced the only long-term solution to every brand of ethnic animus is the gospel of Jesus Christ. In Christ alone are the barriers and dividing walls between people groups broken down, the enmity abolished, and differing cultures and ethnic groups bound together in one new people… The black leaders with whom I ministered during the civil rights movement shared that conviction.

There’s no attempt by MacArthur to explain how he can be against racism and against the “social justice” evangelicals working to overcome it. He’s also making a grave mistake by suggesting racism is a sin problem (solved only through Jesus) rather than a systemic problem (which a better system can fix).

In the meantime, those social justice evangelicals are working to fix a political philosophy that ignores or contributes to black oppression in education, housing, healthcare, and law enforcement. MacArthur wants credit for opposing racism while pushing back against the very people trying to solve it. He can’t have it both ways.

At least some Christians realize that.

This. John MacArthur face plants in a pile of ideological conservative rubbish. If evangelicalism is going to have a future that reflects the Bible’s teachings, nearly everything about this post must be in its past. Terrible. https://t.co/6PwpEEvSMy

Lucky for MacArthur, though, most white evangelicals appear to be taking his side whether he believes it or not. At the recent Southern Baptist Convention annual gathering, some participants called for a resolution denouncing social justice. A committee chose not to move it forward. 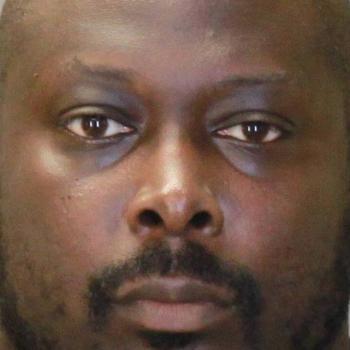 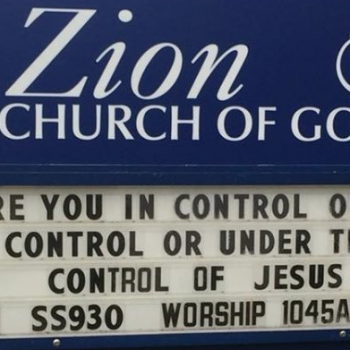