An Oklahoma school district shut down for two days this week in response to an onslaught of threats against a 12-year-old trans student. 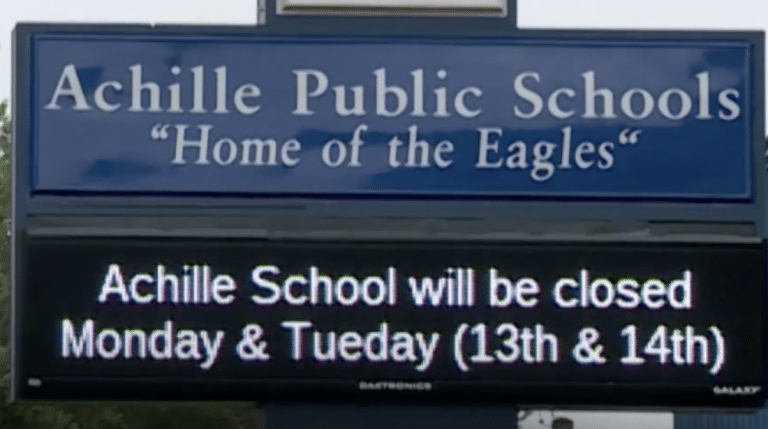 The student, Maddie, had been living as a girl the entire time she’s been part of the Achille Public Schools. While she had used a staff bathroom for the past two years, she was at a new school this year and hadn’t been given that same permission, so she used the girls restroom instead. She was quickly accused of peering under the stalls and became the subject of an angry Facebook rant from a parent.

Before long, even adults were threatening her.

The horrific messages, which referred to 12-year-old Maddie as “it,” “this thing,” “half baked maggot” and “the transgender,” were posted on a Facebook group for parents of students in Achille, Oklahoma.

All that is troubling enough, but at least one parent made a direct threat of castration, saying, “if he wants to be female make him a female. A good sharp knife will do the job really quick.” 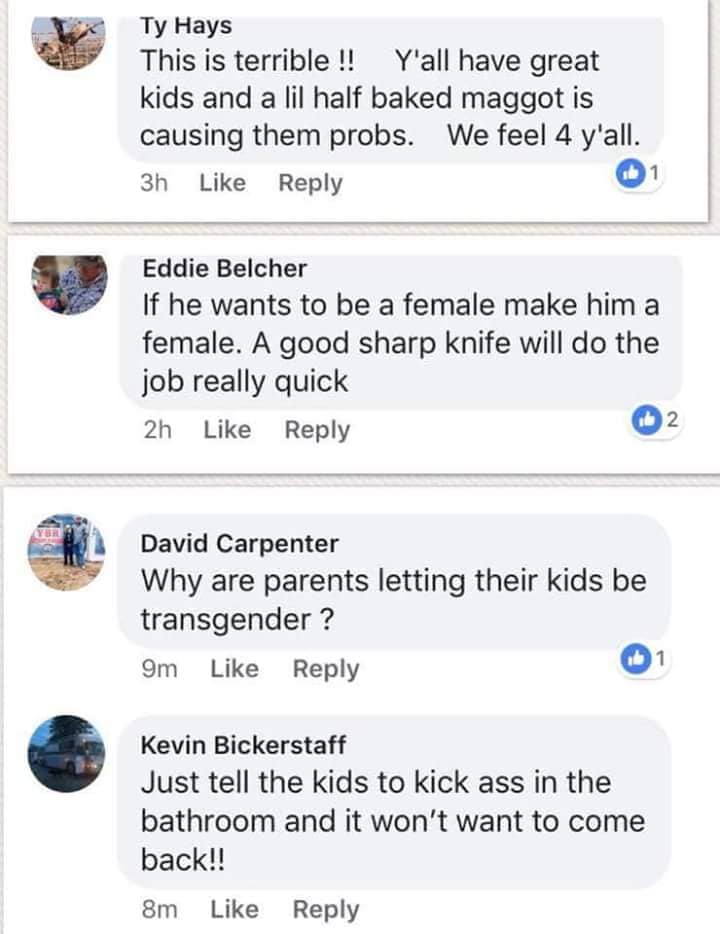 The parents’ Facebook group has been deleted. The screenshots, obviously, have not. It was ultimately the local sheriff who recommended the schools close for a couple of days out of precaution for the student’s safety.

When the school reopened on Wednesday, everything appeared to go smoothly.

“We had a great visit with the student and her mom this morning, and she is back in class today,” according to Beene.

The student’s mother has also filed a protective order against one of the district parents who made Facebook comments about her daughter, Beene said.

The school has taken extra measures to increase security but officials haven’t revealed what they are.

Coming out transgender is clearly no joke. It’s especially difficult in a place like Oklahoma. But you have to wonder what these parents are thinking. Why on earth would a child make this up — pretend to be another gender — when the potential consequences are mutilation or murder? Students like Maddie aren’t lying, and any person who thinks it’s a phase or a cry for attention doesn’t understand the situation.

How many of the people making the threats, I wonder, have also written on Facebook about how much they love Jesus? How many go to church each week because they believe their religion makes them moral? I doubt they’re all atheists, in any case. 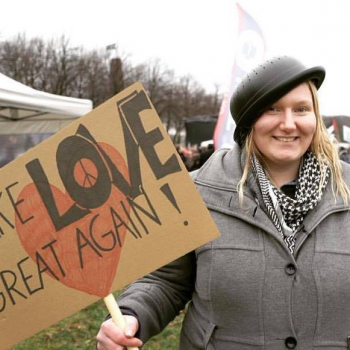