Want to Know What Catholic Hospitals (Won’t) Do? Good Luck Finding Out.

As Catholic hospitals slowly take over the landscape — more than 1 in 6 patients is now treated in a Catholic hospital and they’re the only game in town in some rural areas — it’s fair to ask what people can expect from them. And the way to answer that is by explaining what those hospitals won’t do.

Here’s a short incomplete list of what you won’t get in Catholic hospitals:

The New York Times recently found that only a small fraction of Catholic hospitals were open about any of that. In fact, many such hospitals don’t even tell you they’re Catholic unless you look really hard.

… The New York Times analyzed 652 websites of Catholic hospitals in the United States, using a list maintained by the Catholic Health Association. On nearly two-thirds of them, it took more than three clicks from the home page to determine that the hospital was Catholic.

Only 17 individual Catholic hospital websites, fewer than 3 percent, contained an easily found list of services not offered for religious reasons, and all of them were in Washington State, which requires that such information be published on a hospital’s site. In the rest of the country, such lists, if available, were posted only on the corporate parent’s site, and they were often difficult to find.

Why aren’t Catholic hospitals up front about who they are and what they (don’t) do?

“I think that any business is not going to lead off with what they don’t do,” Charles Bouchard, senior director of theology and ethics at The Catholic Health Association, said in response to the Times analysis. “They are always going to talk about what they do do. And that goes for contractors and car salesmen. They are not going to start off by saying, ‘We don’t sell this model,’ or ‘We don’t do this kind of work.’”

That, of course, is a horrible explanation because those are horrible analogies. Car salesmen are trying to sell the same product as other dealers. They only thing that stands out is what they might do better than everyone else. When it comes to hospitals, though, Catholic ones are unique in that they do less for patients by definition. That’s why they at least owe it to everybody to be transparent.

Hiding their inability (or refusal) to help patients is a form of lying.

More importantly, it’s deceptive to patients unaware of this deficit in Catholic hospitals:

[Jennafer] Norris said nothing led her to believe that the hospital where she gave birth, Mercy Hospital Northwest Arkansas, or her obstetrician, Dr. Tiffany Weathers, who had cared for her throughout her pregnancy, would not perform a common procedure.

Ms. Norris said it was only after she was admitted to the hospital and hooked up to intravenous magnesium sulfate to prevent a seizure that Dr. Weathers told her of the ban against tubal ligations. At that point, it was too late to switch hospitals.

“If we were informed, we would have had time to make an informed choice on the best medical care for our pregnancy and unborn baby,” Ms. Norris said.

“If we were informed.” Key words. And Catholic hospitals are doing everything they can to get patients through the doors without ever informing them of the facts.

Another way they’re doing that? Changing their damn names.

“At the end of the day, it appears that Catholic systems want to diminish their Catholic identity to be more marketable,” [sociologist Lori] Freedman said.

They are all about Catholicism… unless it becomes too obvious and makes people choose a more helpful hospital instead. In that case, Jesus can hide in the closet and pop back out only when a woman has to make a difficult decision.

More recently, the NYT notes, a transgender man was denied a hysterectomy. The ACLU is now suing the hospital that refused the procedure, citing a violation of his civil rights. A lower court judge rejected the patient’s claim, but the case is on appeal. 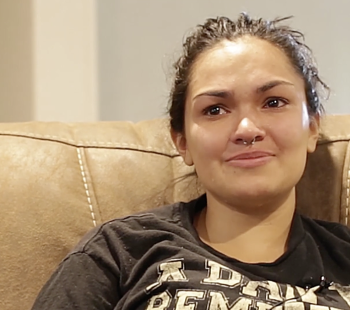 August 14, 2018
Man Who Killed 26 in TX Church Was an Atheist, Says Wife (But Questions Remain)
Next Post 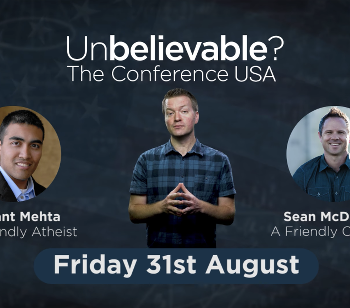 August 14, 2018 I'll Be Discussing Religion with a Christian Apologist in Portland on Aug. 31
Browse Our Archives
What Are Your Thoughts?leave a comment