Man Who Killed 26 in TX Church Was an Atheist, Says Wife (But Questions Remain)

Silvia Foster-Frau of the San Antonio Express-News tells a gripping story about Danielle Kelley, the wife of the man who shot up a church in Sutherland Springs last November. It’s her first time telling her side of the story — and it’s devastating. She went through hell and back growing up, only to find herself, on that fateful day, bound to a bed with duct tape and rope, unable to prevent the tragedy from occurring. 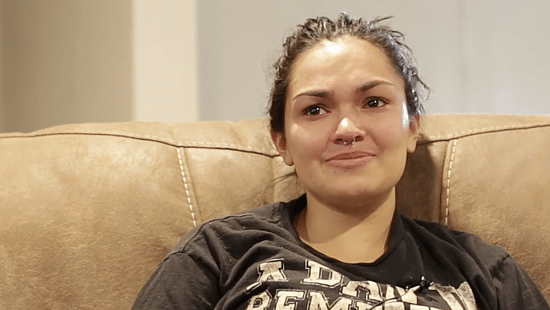 Despite all of that, she says, she still loves and misses Devin Kelley.

The reason I bring it up here is because of an admission she makes later in the piece:

When she could convince him to go to area churches, including the First Baptist in Sutherland Springs, he laughed during the sermons. Devin became an atheist.

He told Danielle that a God wouldn’t let people like him and her go through such hardships. He resented God, and the world, for not protecting them from the world’s cruelties.

That’s the reporter’s account of Danielle’s words, not her own interpretation of them, and that actually sheds light on Devin’s “atheism.” He’s not an atheist in the way most atheists use the term. He’s not someone who actively disbelieves in God’s existence.

He’s an atheist in the way Christian apologists use the word. He’s someone who hated God… which implies that God exists. He was confused, more than anything. Not that this stopped media outlets from putting him in the same box they reserve for people like Richard Dawkins.

How confused was he? This was the same Devin quoted later in the same piece readily accepting the supernatural years before the shooting:

“I don’t think people change,” he said in the recording. “I believe in miracles. I believe in angels. I believe in demons. And I think for most people, they’re going to be who they are and live their lives out based on the choices they make.”

On the timeline of his life, that admission came after his high school classmates claimed he was preaching atheism to them.

Similarly, a widely circulating image of his Facebook page showed various “likes” that included this blog and other atheism-related sites. But it also included a “like” for a psychic medium.

That’s just not what you’d expect to hear from an atheist — at least not one who washes himself of all things supernatural. If he called himself an atheist, he seems to have been a wishy-washy one, frustrated with the idea of religion, but without the ability to articulate why belief in God is delusional.

The piece doesn’t really go into Devin’s motives for the shooting — there was unverified speculation he was going after Danielle’s mother, but no definitive motive has been published. Needless to say, there’s no evidence whatsoever suggesting this was an atheist trying to kill Christians. All the factors that led him to commit this massacre are far removed from any potential religious differences.

As for his wife, after experiencing a spell of doubt herself, she’s now attending church again. And she plans to get a tattoo. You might say that’s not following God’s will… but I guess not adhering to faith-based labels runs deep in this family.

August 14, 2018
Pro-Gay Church Opening a Brewery Will Donate Some Proceeds to Planned Parenthood
Next Post