GOP Candidate, a Pastor, Wants to Go Back to When Being Gay Was “Criminalized” August 13, 2018 David Gee

GOP Candidate, a Pastor, Wants to Go Back to When Being Gay Was “Criminalized”

Reverend Mark Harris, the Republican congressional candidate from North Carolina’s 9th District who defeated incumbent Rep. Robert Pittenger in the GOP primary, once fondly reminisced about a time when homosexuality was “criminalized” in the country.

Harris made the remarks at a “Rally for Liberty” event in 2015 and the video was recently unearthed by Media Matters.

Harris explained to the crowd that the nation was in “moral decay” and proceeded to explain why.

We are a nation that is so out of balance in our economy, in our foreign policy, in our treatment of the Constitution. But I want to leave you this afternoon as I wrap up with truly the most detrimental imbalance which many will argue is the root to all the others and that is, ladies and gentlemen, I’ve come here today to declare to you that we are a nation which is spiritually out of balance in every way.

In one generation you and I have witnessed this country sliding from a nation who once shared a moral vision based on Judeo-Christian ethic to a nation floundering in moral decay. In one generation we have watched our nation who once believed in lifelong marriages to the same spouse to a divorce rate now well over 50 percent. We have watched in one generation where homosexuality was once criminalized to now we see the criminalization of Christianity. And I could go on and on with the entertainment, with the education, with the life issue.

That “lock the gay away” sentiment may not have been out of place when Harris was pastor of First Baptist Church Charlotte, but no electable politician should long for a time when some of his own constituents would be in prison despite doing nothing wrong.

(While we’re at it, there’s no criminalization of Christianity, either. The government is not raiding churches on Sunday mornings.)

It’s not even the only time he’s said something both nasty and untrue about the gay community. In 2013, Harris, running for U.S. Senate at the time, falsely claimed gay people choose that “lifestyle.”

While we’re at it, there’s no criminalization of Christianity, either. The government is not raiding churches on Sunday mornings. And he’s incorrect about the divorce statistics, too.

Harris has no place in Congress if this is how he feels about gay people. His desire to re-criminalize homosexuality should be a non-starter for voters in his district since he would have the potential to cause even more harm to vulnerable LGBTQ communities.

If there’s any consolation here, it’s that a poll taken last month finds Democrat Dan McCready with a 7-point lead. It’s no reason to be complacent, but if Democrats get out and vote, Harris won’t be able to bring his bigotry to Washington. 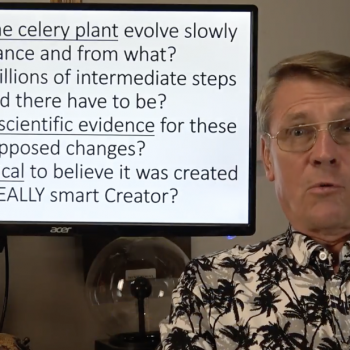