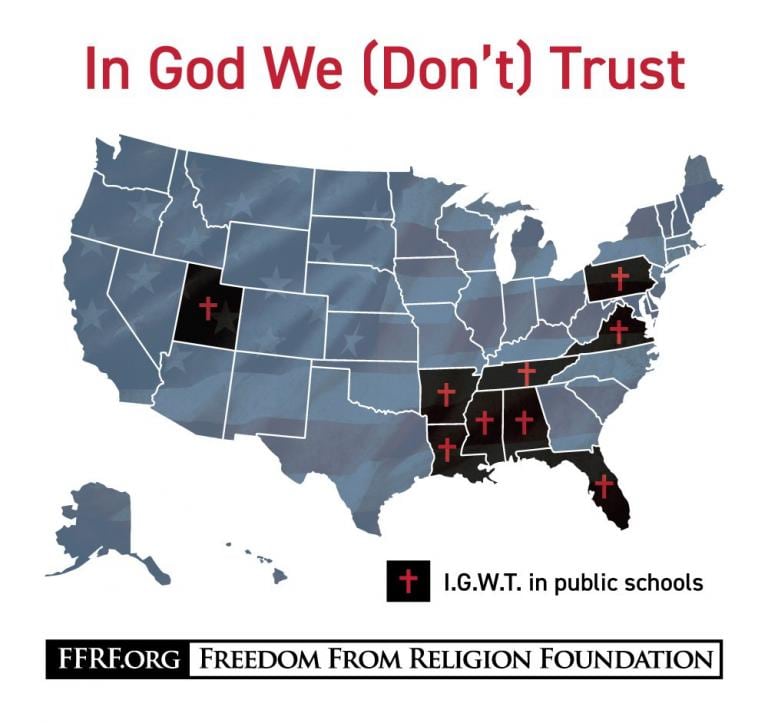 How many states now promote or require public schools to post “In God We Trust” signs somewhere in the building?

According to an analysis from the Freedom From Religion Foundation, it’s 8 — and growing. 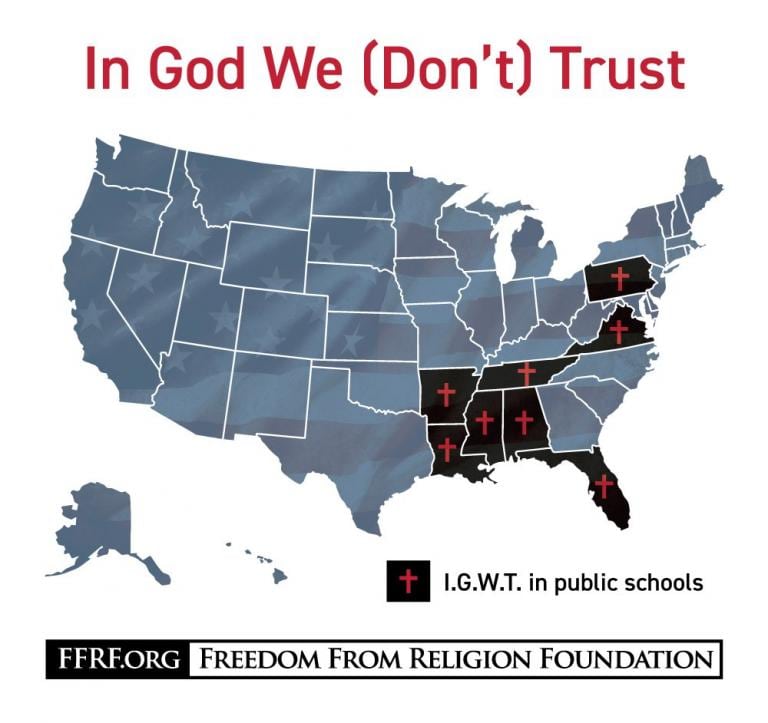 … These laws are not intended to showcase the national motto or inspire patriotism. They are the thin edge of a Christian nationalist wedge, the proverbial camel’s nose under the tent.

This is no secret. Several Christian nationalist groups, including the Congressional Prayer Caucus Foundation and Wallbuilders (a propaganda outfit run by the notorious David Barton), have banded together to push for a number of state bills promoting religion under the ominous germanic moniker, “Project Blitz.”

The overarching goal of Project Blitz is to legislate Christianity, starting with seemingly more innocuous laws, such as the posting of the national motto, and progressing to laws that privilege the Christian majority, often by portraying it as a persecuted minority. Project Blitz is Christian nationalism masquerading as religious liberty. It’s a “legislative assault … meant to reshape America.” So far, we’ve seen more than 70 Project Blitz bills proposed in about 20 states.

Many of the “In God We Trust” bills, FFRF says, were written by politicians who also happen to be preachers on the side. They might wink and say this is about instilling patriotism, but they know damn well what they’re doing. It’s why we need sensible people in politics instead of wannabe theocrats who understand that getting elected is the best way to promote their religious agenda.

Separation of church and state be damned. 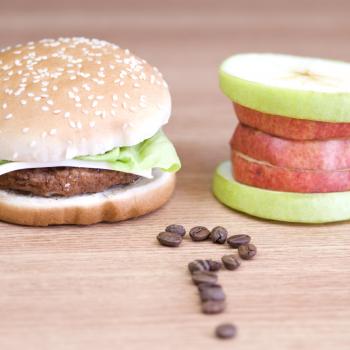