A Woman Found an Anti-Abortion Group’s Graphic Pamphlet Inside a Box of Diapers August 10, 2018 Beth Stoneburner

A King of Prussia (Pennsylvania) Wegman’s shopper opened a box of diapers this week to find a surprise inside: It was a pamphlet from an anti-abortion group that featured a graphic image of an aborted fetus. 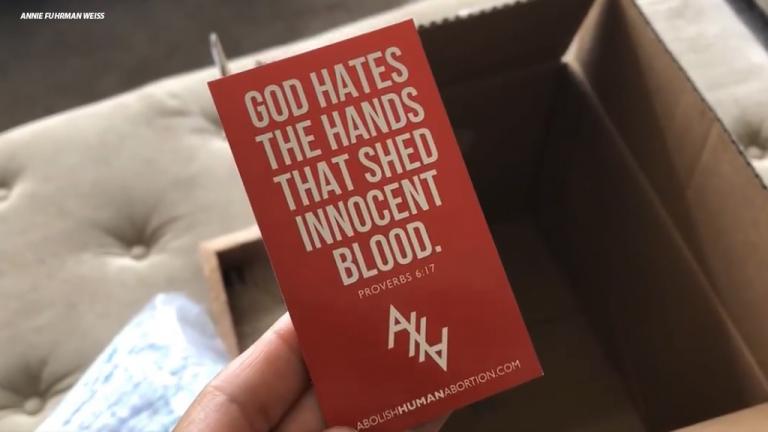 Annie Fuhrman Weiss posted on Facebook that she bought a pack of Luvs diapers from the Wegmans store Sunday. When she opened the box Monday morning, she found a card with the words, “God hates the hands that shed innocent blood,” on one side and a picture of an aborted fetus on the other.

“I don’t think Luvs put this in their boxes,” Weiss said. “I think it was some psycho, crazy, anti-abortion person who slipped it into these open handles here.”

The discovery of the pamphlet is bad enough. But the strategy here may be worse. While it’s possible that someone buying iced tea might be considering an abortion, it’s hard to imagine a woman buying a box of diapers making the same deliberation.

Wegmans says this wasn’t their doing and that employees searching the store found “ten other cards showing aborted fetuses in other products.” It suggests that the anti-abortion group placed them across the store so that other customers could have the same experience as Weiss. (You can see the group’s pamphlet, along with the graphic picture here.)

It says a lot about this group that they think fear and shame — not logic and reason — are their best weapons to bring people over to their side. 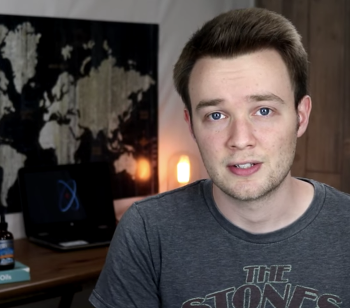 August 9, 2018
Listen to This Former Fundamentalist Talk About How He Came Out as an Atheist
Next Post