Why Are Many Americans Abandoning Religion? A Lot of the Credit Goes to Pastors August 8, 2018 Hemant Mehta

Why Are Many Americans Abandoning Religion? A Lot of the Credit Goes to Pastors

Why are you an atheist or agnostic?

The obvious answer might be because you don’t believe in God. Or maybe you don’t think anyone can know if God exists. 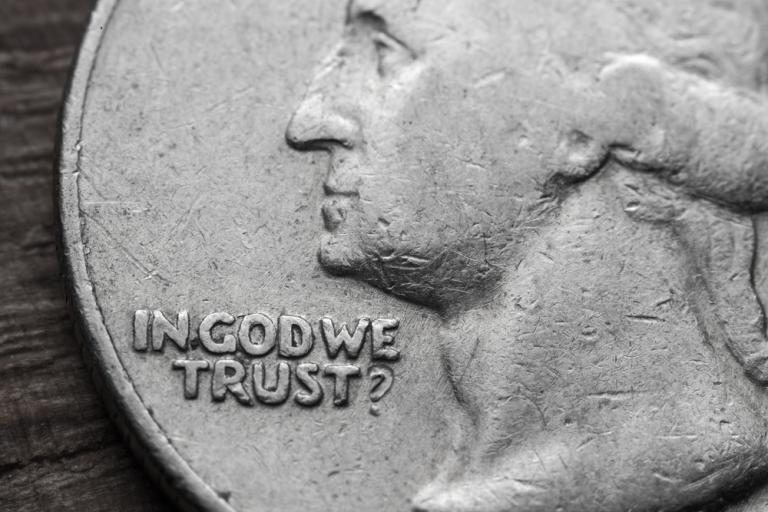 Becka A. Alper of the Pew Research Center, using data obtained late last year, just published an analysis looking specifically at the reasons “Nones” gave for why they don’t belong to an organized religion… and the responses are all over the place. 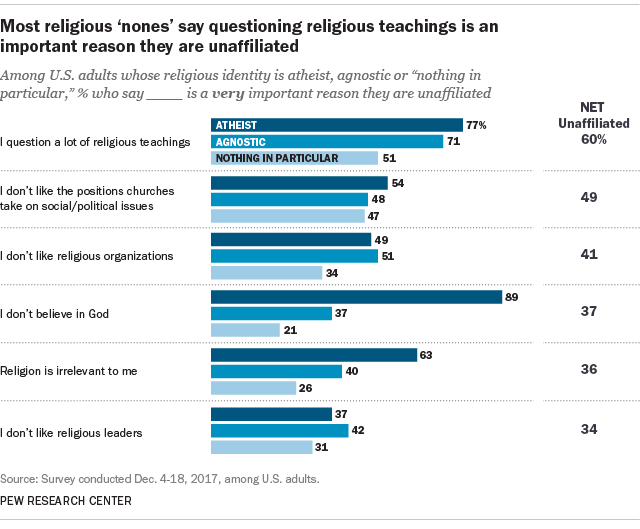 The first question gave everyone a list of options for why they were “unaffiliated,” and they could pick from several options.

First, let’s just look at the atheists. No surprise here: 89% of them said that their disbelief in God was an important reason they weren’t part of any organized religion. That was followed by 77% of atheists who said they “question a lot of religious teachings” and 63% who said “religion is irrelevant to me.”

That makes sense… though I’d give some serious side eye to those 11% of atheists who say not believing in God is not a primary reason for their label. (Who are you people?)

Those who are religiously unaffiliated (without calling themselves atheists or agnostics) — the largest subgroup among the “Nones” — tell a very different story. They “question a lot of religious teachings” (51%), “don’t like the positions churches take on social/political issues” (47%), and don’t like religious organizations (34%). Only 21% said not believing in God was an important factor in their views.

What does that tell us? Most of the people who aren’t part of a religious group are more influenced by the failures of the religious than atheists’ arguments against God’s existence. Atheists didn’t win these people over to our side. Religious people pushed them in our direction. They’re fed up with church but they’re not quite convinced that God doesn’t exist.

It suggests that if all the atheist organizations in the country disappeared overnight, and the New Atheists didn’t write any more books, and bloggers evaporated into the night (sad), we would still see a demographic shift away from organized religion because church leaders are sabotaging themselves through a mixture of irrational beliefs and harmful theological positions.

“The wafer is literally the body of Christ” and “Here’s a giant boat that literally saved all of humanity” and “God doesn’t want gay people to have equal rights” just aren’t selling in the marketplace of ideas.

Pew also asked respondents to name the main reason they’re atheist, agnostic, or “nothing in particular” — one answer instead of the ability to choose several — and, again, there’s no surprise here. Atheists said it was because they don’t believe in God (75%), agnostics said it was because they question religious teachings (38%), and the straight-up “Nones” didn’t name anything in particular (28%). 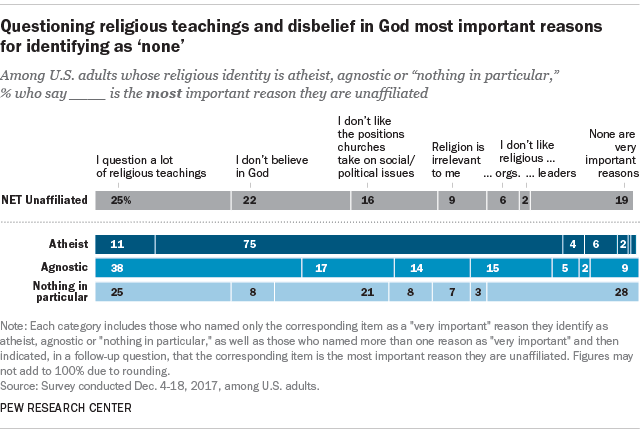 I guess we should all be thanking church leaders for doing our work for us. As much as I’d love to give more credit to all the anti-religious books, blogs, podcasts, videos, and speakers who have made compelling arguments against God’s existence, we owe a debt of gratitude to the scandal-plagued, anti-women, anti-science, anti-LGBTQ, theocratic, preachers of irrationality who make people question why they would ever want to be a member of that club.

August 8, 2018
Saudi Arabia is Lashing Out at Canada After Criticism of Human Rights Violations
Next Post 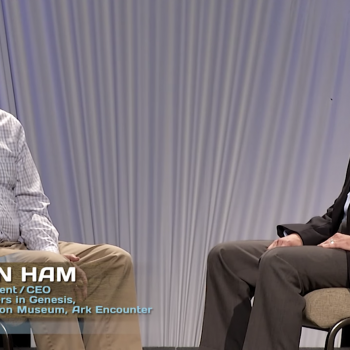