Ken Ham is No Longer President of Answers in Genesis (But He Remains CEO) August 8, 2018 Hemant Mehta

This is mostly an organizational reshuffling of sorts — the kind any business does when planning for the future — but Creationist Ken Ham announced today that he would be stepping down as President of Answers in Genesis (the group behind the Creation Museum and Ark Encounter) while remaining in the role of CEO. Until now, he’s held both roles simultaneously. 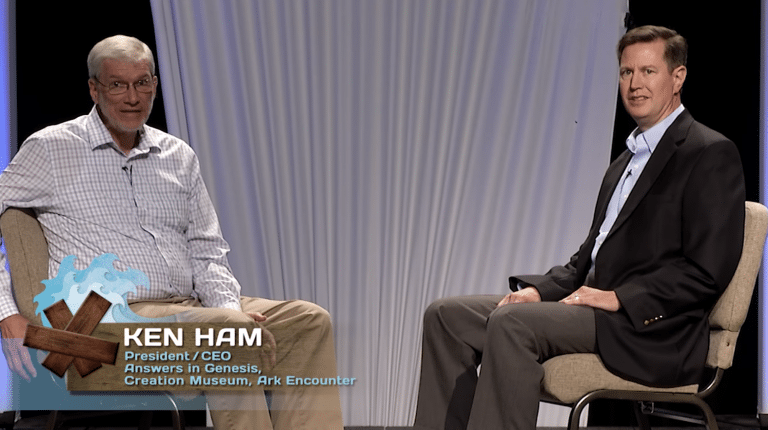 Joe Boone (above, right), the current Vice President of Advancement, will take over the role of President.

Ham said the decision was made because many of AiG’s top leaders were getting older and they wanted to make sure they had everything in place just in case. (Again, there’s nothing unusual about this.)

… The two other founders of AiG (Mark Looy and Mike Zovath) are in their 60s as well. Last month, I announced some major changes at AiG as we plan for the future. No, I’m not going to retire — unless the Lord (and my wife and the AiG board) makes it obvious I should.

Well, recently, because of the size of the AiG organization, and to show our staff and supporters that we are carefully planning for the future, I (with unanimous board agreement) appointed Joe as the president of AiG, under me as CEO.

Generally, a company president manages day-to-day operations while the CEO focuses on the broader aspects of how the business is doing. The move would allow Ham to back away from running one particular ministry and let him focus on overseeing the entire umbrella organization.

Will Boone change anything we see from AiG in the new role? Not likely. Ham made sure of that.

… I have also worked with others within the ministry to implement policies and strategies for the protection of the ministry. I’ve seen so many churches and Christian organizations lose the mission of their founders. (Think about the Ivy League schools that were once Bible-centered, and most of today’s Christian colleges that have strayed from the biblical stands they once held.) Sadly, in just a few generations, most Christian institutions have become very liberal in their treatment of the Bible and have become more secularized!

AiG has a detailed statement of faith (which most Christian institutions don’t have) with many specifics spelled out carefully. This has been done to protect against employing a person who could undermine the mission and move it another direction. We have also set up an editorial review board within AiG to monitor all content we produce and approve all articles, books, videos, and so on — with an appeals process for the purpose of checks and balances.

It’s almost hilarious to see that AiG has any kind of editorial process since the final products looks like they were put together by second graders with no understanding of science. But when that’s your product, you have to make sure it’s packaged really well.

Ham’s not retiring yet. AiG isn’t going away anytime soon. That means the rest of us have to keep being vigilant in response to their anti-science mythology.

(Screenshot via YouTube. Thanks to Kerri for the link) 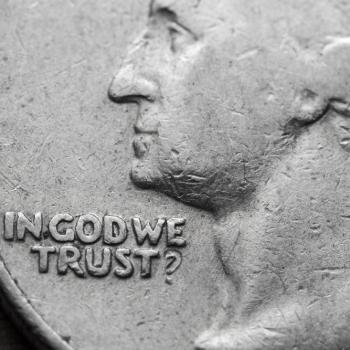 August 8, 2018
Why Are Many Americans Abandoning Religion? A Lot of the Credit Goes to Pastors
Next Post 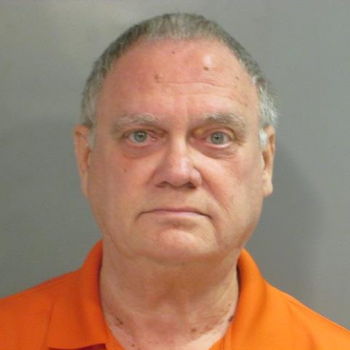