Pastor Robert Jeffress: The Pope is Wrong; God is Fine with the Death Penalty!

Following Pope Francis‘ announcement that the death penalty is “inadmissible in all cases,” Pastor Robert Jeffress, an ardent supporter of Donald Trump took to Twitter to correct him.

God actually loves the death penalty. And the Bible says so.

Pope Francis is dead wrong about capital punishment. God has commanded government to use the death penalty to demonstrate the seriousness of murder: “Whoever sheds man’s blood, By man his blood shall be shed, For in the image of God He made man.” — Genesis 9:6

That Bible passage comes from the same chapter that describes God’s covenant with Noah after the Great Flood. So of course Jeffress takes it literally. (So much for turning the other cheek…)

Also considering how Jesus was unjustly executed by a corrupt government, Jeffress’ pronouncement looks downright ridiculous. It’s even worse when you consider how, in the United States, black men are disproportionately executed — more so than any other race. This is not a coincidence, as black men are more likely to be targeted by police, and less likely to be able to afford lawyers with more experience than public defenders.

The point is that the death penalty comes with its own nuances, and by saying God loves the death penalty, Jeffress might as well be saying that God loves the unethical killing of innocent black citizens… which would contradict the rhetoric of “pro-life” evangelicals who say they oppose abortion because it disproportionately affects African Americans. 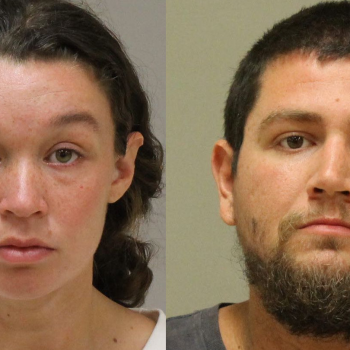