After Years of Fundraising, a 218-Foot Tall Cross is Being Built in Branson, MO August 7, 2018 Hemant Mehta

After Years of Fundraising, a 218-Foot Tall Cross is Being Built in Branson, MO

It was more than six years ago when Christian Kerry Brown was in the news for announcing his plan to build a ginormous cross in Branson, Missouri.

It wasn’t just about height. This was going to be the largest walk-through cross in the country, with a “100-foot crossbeam and twin elevators to the 17-story-tall horizontal bar.” All he needed was $5 million and the doors would open by 2013. 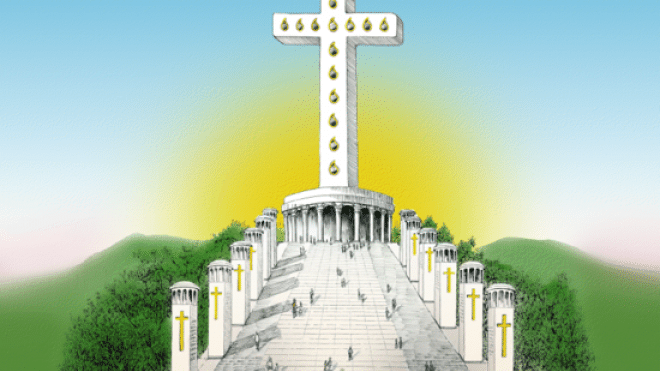 That money didn’t trickle in as quickly as he had hoped, so the project never got off the ground… until now.

This guy seriously thinks people will drive past his giant monument to God’s phallus and think, “Well, I guess they must be right.” (Oh, how sweet it would be to see a 219-foot tall statue of Baphomet built right next to it. Get on it, Satanists.)

($3 million and he couldn’t find any money to update his website? For shame.)

The plan is for the construction to be finished by next Easter. At which point, you can fulfill your dream of seeing the giant cross before heading to a taping of Jim Bakker‘s TV show.

At least this cross is built on private property with private donations. It may be a sign of religious desperation, but it’s not a church/state separation issue. 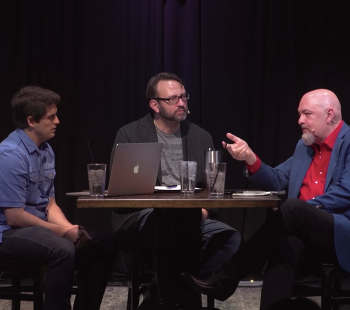 August 6, 2018
Can Faith Be Rational? A Debate Featuring Matt Dillahunty and Blake Giunta
Next Post

August 7, 2018 Satanist Found Guilty of Misdemeanors After Prayer Protest at Government Meeting
Browse Our Archives
What Are Your Thoughts?leave a comment