Eight young boys have been removed from a Christian boarding home following abuse and human trafficking allegations at a facility run by a Baptist preacher with a history of government investigations.

Officials in Texas announced Friday that they removed the boys from a “Joshua Home Ministries” boarding school run by Baptist preacher Gary Wiggins, who has been investigated in other states for similar allegations. Wiggins has not yet been charged with any crime. 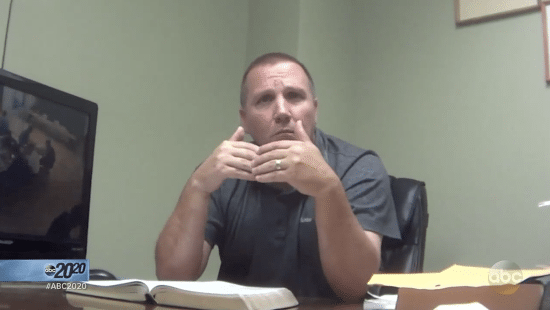 Sheriff Calvin Boyd is investigating whether the boys, between 10 and 17 years old, were unlawfully used for a lawn care service and moving company. They are now with Child Protective Services.

Boyd said the facility in the 2500 block of RM 243 was unlicensed and included living quarters and a school.

Wiggins’ lawyer, Eddie Shell, said the parents of the boys at the home all had given permission for their sons to be there. He said the boys were questioned for hours by CPS and that “none of the boys said anything to warrant filing a criminal charge.”

Wiggins, a Baptist preacher, had permission from the parents to “discipline” the boys, who came from homes where they couldn’t be controlled, Shell said.

This seems to fall in line with what we know about several Christian children’s organizations, especially those for “troubled” young kids. Parents sign away their rights and allow strangers to “discipline” their kids… in the name of Jesus.

In this case, Wiggins has allegedly been setting up these Christian homes for troubled boys in several states, using the kids for free labor, then moving on once police start looking into the matter. (I suppose he can justify his behavior using the Bible, since it condones slavery and gives advice on how to treat slaves.)

Most recently, Wiggins moved the home from Pineville, Missouri to Bertram, Texas.

The Kansas City Star reported in May that the McDonald County sheriff’s office was looking into whether there was anything illegal going on at the home that Wiggins ran in Pineville.

Hall said his office was asked to check on the well-being of a boy during the spring, but investigators did not find anything wrong after talking to him and the rest of the boys. “The kids seemed like they were fine, and the deputies cleared the scene,” Hall said by phone Friday.

He said there were no regulation violations at the home because Missouri doesn’t have any regulations for the type of facility Wiggins was operating.

Well, I suppose it’s hard to find a violation of the rules when no rules are in place.

That wasn’t the only other time Wiggins’ homes have been investigated, either.

The Kansas City Star article in May also said law enforcement officials raided a home that Wiggins operated in 2016 in Robertsdale, Ala., after several boys ran away and told officials that staff had punished them with forced exercise, solitary confinement and the withholding of food. No charges were filed against Wiggins, the newspaper reported.

Wiggins has a clear record of being investigated — and cleared — of crimes. Though getting cleared shouldn’t be mistaken for doing nothing wrong. Let’s hope authorities in Texas take this seriously, and actually look for evidence of wrongdoing.

Being a preacher should never be a Get Out of Jail Free card.

(via The Freethinker. Screenshot via ABC) 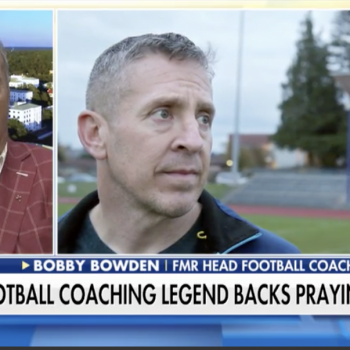