When reporters Manya Brachear Pashman and Jeff Coen of the Chicago Tribune first reported in March that the founder of Willow Creek Community Church, Bill Hybels, had been accused by multiple women of “inappropriate behavior” over the course of several decades, it was a huge blow to evangelicals nationwide. Hybels wasn’t just a successful pastor. He was a pastor’s pastor — the guy other church leaders looked up to. TIME magazine once declared him one of the “25 Most Influential Evangelicals in America.”

Hybels hadn’t assaulted anyone. But the article made clear there was a great deal of hypocrisy between Hybels’ preaching and his actions. The reporters described “suggestive comments, extended hugs, an unwanted kiss, and invitations to hotel rooms.” They also noted that a woman had alleged a “prolonged consensual affair” with Hybels before later recanting her statement.

He wasn’t Harvey Weinstein. Still, those allegations were damning enough, given everything he had ever preached about, that he eventually stepped down from the church months before a planned retirement (but not before the congregation could give him a standing ovation).

While Hybels denied the allegations, he also admitted putting himself in “situations that would have been far wiser to avoid.”

Today, however, the New York Times‘ Laurie Goodstein has a story of another allegation against Hybels that’s far more serious than any of the ones reported so far.

This one involves fondling, oral sex, and just being a damn creep.

Pat Baranowski had been Hybels’ assistant for several years in the 1980s. She even lived with his family when she first took the job.

Once, while Mr. Hybels’s wife, Lynne, and their children were away, the pastor took Ms. Baranowski out for dinner. When they got home, Mr. Hybels offered her a back rub in front of the fireplace and told her to lie face down.

That first back rub in 1986 led to multiple occasions over nearly two years in which he fondled her breasts and rubbed against her. The incidents later escalated to one occasion of oral sex. Ms. Baranowski said she was mortified and determined to stay silent.

It wasn’t just that. At one point, decades ago, when the preacher James Dobson was on a crusade against pornography, Hybels felt a need to “educate himself” more on the topic. (Uh-huh. Sure.)

Calling it research, Mr. Hybels once instructed Ms. Baranowski to go out and rent several pornographic videos, she said, to her great embarrassment. He insisted on watching them with her, she said, while he was dressed in a bathrobe.

Baranowski didn’t tell anyone what was happening at the time — she said she didn’t want to hurt the ministry — but as the harassment continued and she confronted him about it, she kept notes about what he said. (At one point, he asked her, “You didn’t tell anyone, did you?”)

Hybels denied all of this to the Times, and an investigation by Willow Creek cleared him of any wrongdoing months ago. That was before this new story came to light. It makes you wonder what these investigators were doing if they missed such a glaring problem.

Baranowski later confessed all this to a counselor and another preacher, both of whom kept it a secret. When the floodgates opened months ago, she finally felt the need to go public.

In the meantime, Willow Creek is still heading up an annual leadership conference next weekend. Hybels started it 23 years ago, and it draws both famous speakers and hundreds of thousands of paying attendees, many of whom watch it livestreamed in different cities. (Denzel Washington was scheduled to speak before he pulled out after the allegations against Hybels came to light.)

As blogger Warren Throckmorton has noted, more than 100 churches have pulled out of the event since the Hybels story emerged, but after today’s revelation, I suspect many more will follow.

At this point, the entire Leadership Summit should just be someone from Willow Creek staring into a camera and saying, “Don’t be like us.” 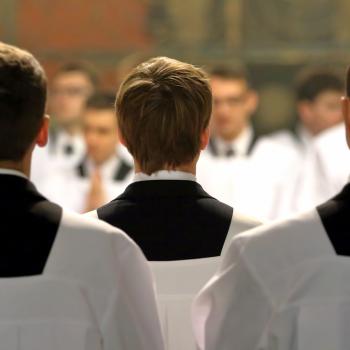 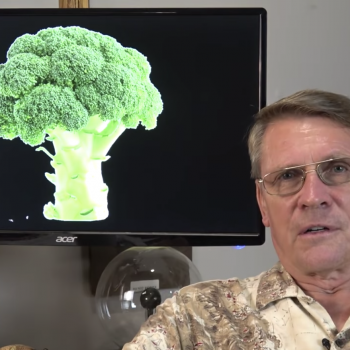