Politician Charged With Trespassing After Planned Meeting with Violent Church

A Democratic candidate for North Carolina’s state senate was hit with trespassing charges after he visited a local church… at their invitation.

You may have heard of the notoriously abusive Word of Faith Fellowship, where the congregation beat a gay member to get rid of “homosexual demons,” and using Brazilian worshipers as slaves, and committing unemployment fraud so worshipers would keep tithing.

The leaders of that church invited politician David Wheeler to visit their facilities, saying they wanted to prove to him that it was an open and loving church.

He accepted the invitation — and brought along a few friends. The church wasn’t prepared for that and immediately uninvited Wheeler. 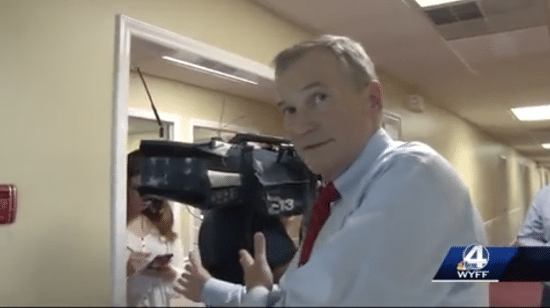 Democratic candidate David Wheeler says he was invited by Jane Whaley, the leader of the Word of Faith Fellowship, to visit the church in Spindale, North Carolina, which has been accused of beating congregants to expel demons. Wheeler told The Associated Press that Whaley and other members invited him so he could see for himself that it is an open and loving church.

But when Wheeler arrived Tuesday with a former congregant, a church critic and reporters, he was told to leave. The next day, Wheeler and two people who accompanied him — a man who ran for county sheriff and a former church member — were charged with trespassing, based on another church leader’s complaint.

“If the Word of Faith thinks they are going to intimidate me they truly are living in a different world,” Wheeler said in an email to AP. “This is not Russia. Jane Whaley is not Vladimir Putin. We live in a country where open courts provide a lot of answers and I’m looking forward to our hearing to discuss their ridiculous charge.”

What better way to show that you operate a “loving and open” church than to charge someone with trespassing after he came at your invitation? More to the point, why was the presence of reporters and a former congregant so troublesome for a church that claims to have nothing to hide? (Maybe because that church has been home to acts of kidnapping, violence, and torture in the name of Jesus.)

Perhaps the most disturbing aspect of the story is that the church was able to convince a magistrate to issue the unwarranted trespassing charges.

Wheeler says he hopes to have a one-on-one meeting with one of the church leaders soon — no media would be present — but I hope that’s not a capitulation. He should conduct his own investigation. And if he gets elected, he should use the force of the state government to make sure nothing illegal is happening there or at any other church. 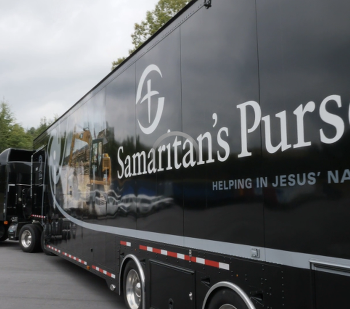 August 4, 2018
CA Wildfire Relief Helpers Must Be Anti-Gay to Work With Franklin Graham's Group
Next Post