Kentucky Forces Churches to Pay Sales Tax, and One Owes $13,000 After Big Event

Religious groups and other nonprofit organizations are no longer exempt from paying sales taxes in Kentucky. That means the state is expecting to rake in about $13,000 from a single church-sponsored event this weekend.

The church, of course, isn’t happy.

St. Jerome Catholic Church is putting on its “Kentucky’s Fancy Farm” picnic this weekend. In the past, that would’ve been seen as a church event, exempt from the usual taxes. But this past April, in response to a State Supreme Court decision, the legislature passed a law applying a sales tax to ticket sales and money-making events at fundraisers. Churches and other non-profits did not receive an exemption. 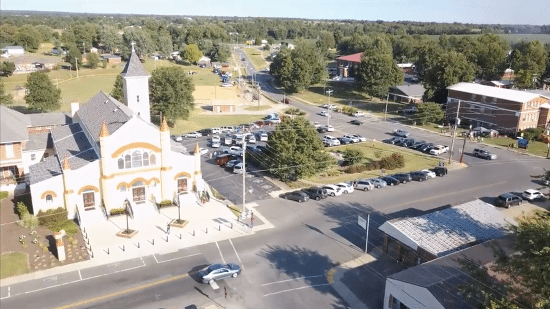 That means this weekend’s event will put an additional $13,000 in the state’s coffers instead of going back to the church — or not being charged at all.

The church didn’t want to deal with the headache of adding a couple of pennies to the cost of a Bingo card (for example), so they’re responding by keeping all the prices the same as before, then just cutting a check to the state for the proper amount later.

Kentucky no longer exempts religious and nonprofit organizations from state sales taxes, meaning every bingo card, ice cream cone, Sun Drop bottle and pulled pork plate requires a 6 percent tax. Leaders of the St. Jerome Catholic Church balked at collecting the tax from attendees, foreseeing headaches from merchants trying to make change on a 50-cent bingo card. Instead, the church will keep all prices the same and write a check to the state once the picnic is over. Father Darrell Venters estimates it will be about $13,000.

“Some of these little kids’ games are 25 cents apiece. That’s taxable. They would end up charging them 27 cents,” Venters said. “It’s just not feasible.”

It’s inconvenient, maybe, but it can be done. It’s not like churches are victims here. They’re just upset they have to play by the same rules as everybody else. They’re not used to that. And the decision to pay the $13,000 from their own pockets is entirely on them. They always have the option of asking customers to pay the extra amount themselves.

The state doesn’t care where the money comes from, as long as they get it in the end.

There’s also a lot of political turmoil surrounding the changes to Kentucky’s sales tax laws, with each side blaming the opposing party.

While impacting the church, the changes will also likely impact the politics of the picnic that dates back to 1880 and has become the launching pad for the fall campaign season. The picnic’s “political speaking” event is famous for pitting politicians from both parties on the same stage before a crowd of rowdy hecklers while all of it is broadcast live on statewide television. This year’s speakers include Senate Majority Leader Mitch McConnell.

Democrats are already pouncing on the tax issue ahead of the midterm elections by blaming the Republican-controlled state legislature. Democratic Secretary of State Alison Lundergan Grimes, a potential candidate for governor in 2019 and a scheduled speaker at the event, said the taxes mean the church will make less money for its charitable causes — including paying for mission trips and helping poor people in the community pay their utility bills.

That was a Democrat saying the taxes passed by the GOP are a bad idea because they take money away from churches. Somewhere, a right-wing pundit can’t process this.

Even if the politicians find a way to repeal this rule, they would have to offer a sales tax exemption to all non-profits, including churches. As long as churches aren’t getting a special unique break, there’s not much to complain about, at least regarding the First Amendment. 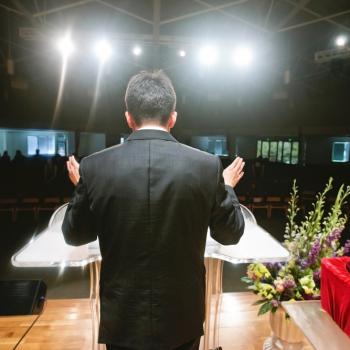 August 4, 2018 How Open Should a Pastor Be About a New Church's Beliefs?
Browse Our Archives
What Are Your Thoughts?leave a comment