Evangelist Franklin Graham runs a ministry called Samaritan’s Purse that helps with disaster relief, and the wildfires in California are no exception. According to a post on the group’s website yesterday, volunteers have already sprung into action: 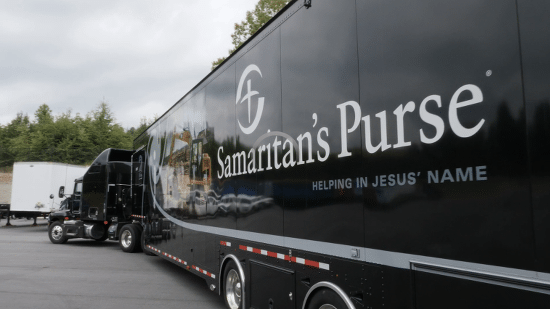 Samaritan’s Purse program managers are on the ground assessing the situation in cooperation with local churches and government agencies. We are rapidly trying to determine how best we can serve area residents in Jesus’ Name and will soon be seeking volunteers to assist homeowners as they search for precious belongings beneath the ashes. We also anticipate skid steer work and tarping. Samaritan’s Purse has responded to wildfires before, including the Tubbs fire in Sonoma County, California, in Oct. 2017.

We are being joined on this deployment by Billy Graham Rapid Response Team chaplains.

More than 1,000 homes, businesses, and other structures in Shasta County have been damaged or destroyed by this blaze; six people have died. The fire remains less than 40 percent contained; the weather continues to be hot and dry; and more homes are threatened as the inferno burns well over 100,000 acres. As many as 40,000 residents were evacuated at one point, though many have now returned home.

Let’s get this out of the way: It’s a wonderful thing for any organization with ample resources to put their efforts into helping victims of this disaster. It shouldn’t bother anybody that people associated with Graham’s group are inspired by their faith to help out. More power to them. Religion is being used for good. Hallelujah.

But you can’t be a volunteer.

They don’t want your help.

That’s because being a volunteer requires you to adhere to the ministry’s strict standards… which means you must believe in an inerrant Bible, oppose marriage equality, deny the existence of transgender people, and be anti-abortion in all instances.

Again, that Statement of Faith doesn’t just apply to staffers. It applies to anyone who wants to volunteer with them, even in an emergency situation, and they make that explicitly clear:

So they want to help the people suffering in California… just not enough that they’re willing to work alongside a married gay man, liberal, or Jew.

They have every right to set their own rules, of course. This isn’t some legal problem. This is about ethics. Few organizations have the level of funding and capability to help people following a natural disaster as Samaritan’s Purse. It would be entirely possible for them to say, “We’re a Christian ministry, inspired by God, to help those in need. If you’re willing to work with us, we’re happy to work with you.”

Instead, their message to potential volunteers is that adherence to a certain kind of conservative Christianity is not just a prerequisite to working with them, it’s more important than your desire to want to help total strangers.

Remember that Answers in Genesis had similar rules for anyone wanting a job at Ark Encounter — including staffers, like janitors, who weren’t directly involved in promoting Creationism. They struggled to find employees. That’s just funny. But when we’re talking about volunteers helping in the aftermath of wildfires, it would be disaster if a relief organization couldn’t find enough help because its restrictions were too narrow.

Some relief organizations welcome all the help they can get. 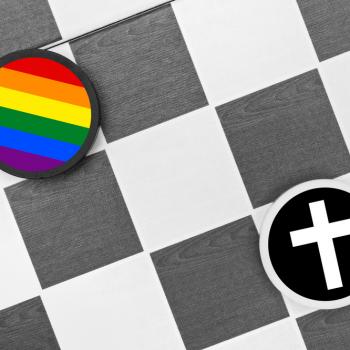 August 4, 2018
Conservative Christians and LGBTQ Americans Should Not Search for a Compromise
Next Post 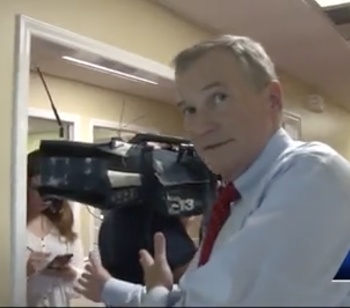