It’s been more than five months since BuzzFeed first published an article detailing sexual misconduct allegations against cosmologist and atheist Lawrence Krauss that stretched back a decade.

At the time, Arizona State University, where Krauss was a tenured professor, put him on paid leave — and banned him from campus — while they conducted their own investigation.

The original BuzzFeed story cited several women at ASU who said Krauss’ “workplace behavior was sometimes offensive,” however those women also said they didn’t make any formal complaints to the school.

BuzzFeed reports today, however, that ASU will not be bringing Krauss back as leader of the Origins Project, a program he began to “explore humankind’s most fundamental questions about our origins.”

Krauss, however, remains on paid leave.

[ASU spokesperson Katie Paquet] did not say whether the investigation had concluded or whether Krauss stepped down voluntarily. “It is the policy of the university not to comment on ongoing personnel matters,” Paquet said.

Krauss responded this afternoon with just a brief acknowledgment of the facts:

Many people have asked me about the future of the ASU Origins Project and I want to keep people informed on developments as they arise.

The university decided not to renew my director appointment when my most recent 5 year appointment expired in July. It has been a great privilege to create and lead the Project at ASU over the past decade.

I am very proud of what my team has accomplished for the university and the broader community during this time.

My close ASU colleague Lindy Elkins-Tanton will be the new director and I am confident she will move it forward in new and exciting ways.

Remember that Krauss’ response to the claims of harassment were limited to a nine-page letter he published on March 7 in which he vehemently denied just about everything. He called the BuzzFeed piece “libelous” and claimed the reporters had a “cavalier disregard for evidence.” That said, he never filed any lawsuit against them, and he’s been mostly radio silent on the matter since posting that response.

Others, however, took swift action. The Center for Inquiry, for which Krauss served as a board member, suspended their association with him. Krauss resigned from the Bulletin of the Atomic Scientists, best known for the famous “Doomsday Clock,” perhaps preempting them from taking any action themselves. Krauss also had a number of scheduled talks canceled.

There’s no word yet on whether ASU will ever make the results of their investigation public. For the sake of the alleged victims and other people who worked with Krauss, though, they should seriously consider it — if for no other reason that to provide an independent check on what BuzzFeed’s journalists reported. A lot of people were eager to ignore the accusations when they were published, in part because they didn’t trust the source, but it would be much harder to look the other way if a separate investigation came to the same conclusions. 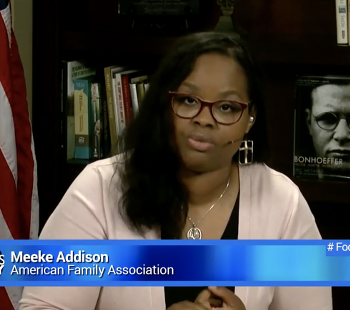 August 2, 2018
Christian Group’s Director Claims “Pedophilia is a Part of Homosexuality”
Next Post