Back in November, the Archdiocese of Washington sued the Washington Metropolitan Area Transit Authority (WMATA) because they wouldn’t accept a simple ad that said “Find the perfect gift” that encouraged people to give God a try this Christmas. Instead, the Catholic Church was told the ad violated WMATA’s guidelines.

This wasn’t some anti-Catholic sentiment. For the WMATA, this was the equal application of a policy prohibiting all “issue-oriented advertising” from buses and trains. The policy was originally adopted to prevent an anti-Muslim hate group from putting ads up, but blocking otherwise acceptable ads from atheists, Catholics, non-profit groups, and others seemed like a bridge too far. At least that’s what the other side was arguing: There was no good reason to block ads involving religion, certainly not ads that weren’t provocative or hateful.

The odd thing is that the ad would’ve been acceptable if the Church was selling, say, a plastic cross because that would’ve been seen as marketing. But urging people to try religion was seen as advocacy, and therefore a violation of the rules. The Archdiocese said in the lawsuit that the policy has “established a regime that is hostile to religion.”

A federal judge didn’t agree with that assessment. By his logic, WMATA’s rules were applied to all groups equally. Maybe the rules overreached, but they weren’t discriminatory.

The Archdiocese appealed the ruling, and we finally got a decision from the D.C. Circuit Court of Appeals this week. (Interestingly enough, Brett Kavanaugh was one of the three judges assigned to hear this case, but because he was nominated to the U.S. Supreme Court after the oral arguments, he didn’t play a role in the decision. Too bad. It would’ve been interesting to see what he had to say.)

The two remaining judges, Judith W. Rogers and Robert L. Wilkins, both ruled that the earlier decision was correct and WMATA did nothing wrong.

The Archdiocese has not shown, however, that WMATA is impermissibly suppressing its viewpoint on an otherwise permitted subject, and its claim of discriminatory treatment is based on hypothesis.

Were the Archdiocese to prevail, WMATA (and other transit systems) would have to accept all types of advertisements to maintain viewpoint neutrality, including ads criticizing and disparaging religion and religious tenets or practices. Because the Archdiocese has not demonstrated a likelihood of prevailing on the merits or that the equities weigh favorably, it has not met the demanding standard for a mandatory preliminary injunction.

The judges also noted that the WMATA is not a public forum. They have the right to set their own rules, as long as the rules are applied fairly. That’s what happened here.

Even though all the judges who have heard this case so far have ruled in favor of the WMATA, Marcia Coyle of the National Law Journal says that this case is “almost assuredly” going to the Supreme Court. It’s easy to understand why. This is one of those “religious freedom” cases that’s red meat for conservatives on the Court. If they get their hands on it, they’ll likely overturn the earlier rulings and make sure religious ads can appear on all city buses and trains, despite rules intended to prevent controversy. If and when that happens, it’ll open the door to ads from atheists, Satanists, and everyone else who doesn’t belong to the Christian majority but loves raising hell. 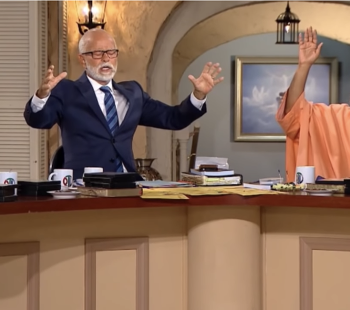