An Elected Official in CT Knelt During the Pledge and Set Off a Firestorm July 30, 2018 Hemant Mehta

When the Haddam Board of Selectmen met two weeks ago to discuss local issues in the Connecticut town, Democrat Melissa J. Schlag took a knee while the board recited the Pledge of Allegiance.

She said it was her way of protesting Donald Trump‘s meeting with Vladimir Putin as well as his administration’s cruel immigration policies.

Somehow, that small act of resistance has become a state-wide cause célèbre, with conservatives everyone acting like she’s a traitor in order to boost their own profiles.

Chris Powell, a columnist for the Journal Inquirer, called on her to resign:

… Indeed, the pledge Schlag will no longer take is not to any president but to the country itself.

If Schlag cannot make this distinction she should resign her office, or Haddam should not elect her again.

The fact that Powell thinks her kneel was somehow anti-country tells you how little he understands her position.

State Sen. Art Linares, now running for State Treasurer, also called on the people of Haddam to demand that Schlag apologize and give up her seat.

He also wrote in a letter to the Hartford Courant that Schlag had every right to protest but that she should be punished for it.

No one has suggested Haddam Selectwoman Melissa Schlag doesn’t have a right to protest the American flag — what we are saying is that we should not tolerate disrespect for the flag, and the values and sacrifices it represents, from an elected official.

Schlag, like all Americans, has a constitutional right to protest how she sees fit. And Americans, like me, who believe elected officials should stand for the flag, have a right to call for her resignation and vote her out of office if she refuses.

No one’s saying a protest is immune from consequences, but Schlag’s act of resistance wasn’t anti-American or anti-flag. It was her small way of demanding better from elected officials. And Linares, apparently, thinks promoting patriotism means never criticizing our country.

What incredible ignorance. He’s exactly the kind of person you don’t want in elected office because he confuses symbolism with true patriotism.

The Hartford Courant felt the same way, as they explained in an editorial:

… Mr. Linares’ jingoistic grandstanding is badly misplaced — especially the one-minute video of his complaints in front of town hall. Melissa Schlag [is] not public enemy No. 1. She’s a public servant with a point of view and presents less of a threat to our way of life than closed-minded nationalism does.

It’s fine for Mr. Linares to disagree with Ms. Schlag. But as an American, Mr. Linares should be eager to fight for her right to express her political views. Instead, he condemned her.

He owes her one, but he’s not about to give her one. Because Republican voters in 2018 would never stand for a decent human being who respects differences of opinion.

It got worse from there. Republican gubernatorial candidate Timothy Herbst issued the same threat on FOX & Friends:

“She needs to resign immediately. One of the things our flag stand for, it stands for our freedom. It stands for our democracy. It stands for the fundamental ideal that we can have differences of opinion. But we all stand in respect of our flag. Many people, including my 93-year-old grandfather, was a veteran, fought in defense of the very liberties that flag resembles,” Herbst said, topping off his condemnation with a message to his electorate:

“I’m running for governor because I think we need a wholesale change in Connecticut. We need people who are going to respect our president, respect our flag, respect our constitution.”

We can have differences of opinion… but if yours is different from mine, WHY DO YOU HATE OUR FREEDOM?!

On Friday night, shit really hit the fan when more than a hundred veterans protested her 12 seconds of kneeling.

“She can take a knee anytime but not when she’s representing the town,” said veteran Dennis Parent. He attended the event with wife Susan. “When I read about it I was offended,” Mrs. Parent said. The couple has two sons who also served in Afghanistan and Iraq. It’s for these reasons they’re against Schlag’s actions.

So the same kind of people who think prayer only counts when everyone is watching now say Schlag can kneel but only when no one else is looking.

You would hope the people who fought to preserve our rights would respect those who make use of them, even if they disagree, but these veterans fell into the same trap as everyone else with a knee-jerk reaction. They seem to think all elected officials should fall in line and never voice criticism of our nation. They forget that our ability to do that is a feature, not a bug.

Schlag did nothing wrong. She offered a brief, silent protest during a local board meeting that no one was likely to ever notice. Seriously, as I write this, the May 30 YouTube video of their meeting has 7 views. The June 11 meeting has 6. The one that’s getting all the attention? More than 6,000.

These people aren’t mad because Schlag voiced her opinion in a unique way. They’re mad because they were looking for something to be angry about, and a liberal who publicly protests the actions of people in power is always easy bait for them. They don’t care if it’s NFL players or an elected official in a small town.

A white woman kneeling in a small town in rural Connecticut should not be news. The very fact it is news means there is something wrong. Patriotism comes in many forms, but it is not blind and it is not forced. No one owns the flag, no one owns your feelings, and no one owns your words. America is land of the free, home of the brave. Be brave, be bold, and be humble. We must work together or we will lose everything.

She’s absolutely right. Maybe these Republicans and angry veteran should be more upset with Trump’s barbaric policies and his deference to a known adversary than the patriotic official who quietly points it out. 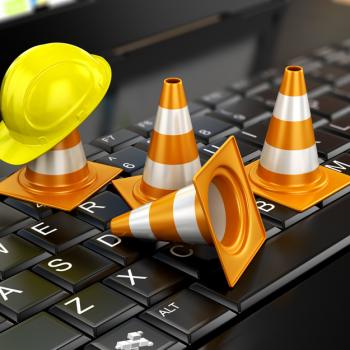 July 29, 2018
This Site Will Experience a Makeover on Monday Morning
Next Post 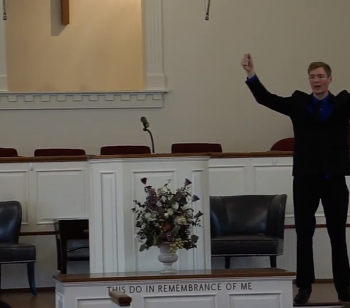