Earlier this month, Christ Church Cathedral, an Episcopalian church in downtown Indianapolis, protested the Republican Party’s incredibly cruel immigration policy of ripping children away from their asylum-seeking parents by locking up Jesus, Mary, and Joseph in a cage. 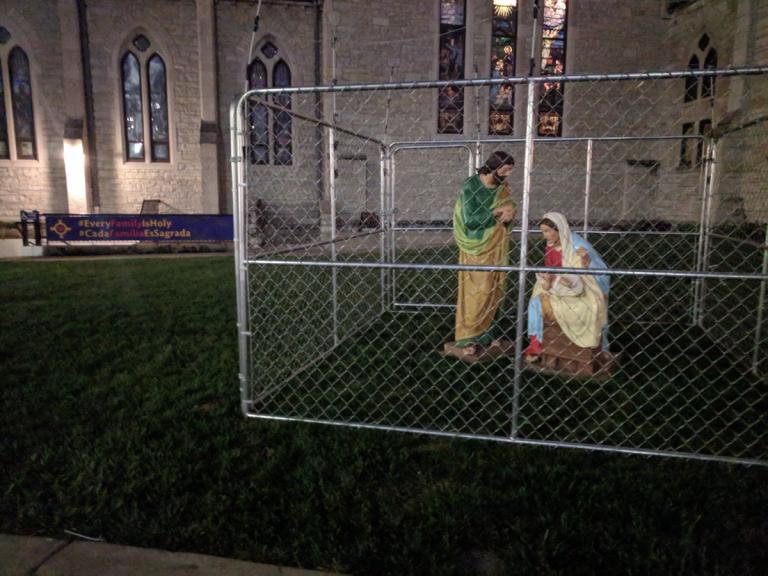 It was a powerful statement, especially because conservative Christians make up a large segment of Donald Trump‘s base. The reason we have these barbaric policies is because white evangelicals let him get away with it, just like every Republican in Congress. These Christians were as furious about that as the rest of us.

Now they’re switching it up. The Holy Family has been replaced… with a mirror.

Because people need to imagine what it would be like if they were in the same situation.

The Rev. Stephen Carlsen, dean and rector of the church, explained Thursday morning that the change was made so that visitors can envision themselves enduring the pain felt by detained and separated families.

“The original image was about how God loves us and then how we should love others based on that. This is about how we should love our neighbors as ourselves. That’s the core foundation of all ethics and morality,” Carlsen said. “Can you imagine what it’s like to come to this country seeking safety for your family, and if you did, how would you want to be treated? What would it be like for you to be detained and in a cage?“

The leaders of the progressive church aren’t only doing these symbolic gestures. They’ve attended protests and led a group of young people to the March for Our Lives gun safety rally in Washington. It’s not that every member of the church agrees with their politics, but if their faith isn’t guiding them to care for the less fortunate and make the world a safer place, what’s the point? 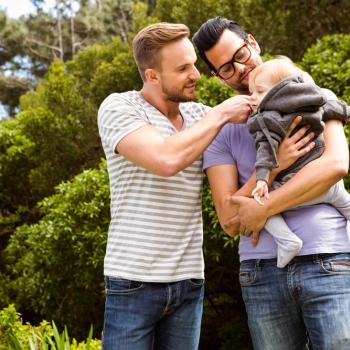 July 29, 2018 Studies Say Gay Parents Raise Good Kids, So Why Are Taxpayers Funding Bigotry?
Browse Our Archives
What Are Your Thoughts?leave a comment