A California Church Plans to Open Its Own Brewery, Serving Beer During Services July 29, 2018 Hemant Mehta

A California Church Plans to Open Its Own Brewery, Serving Beer During Services

A California pastor has figured out a way to make church services a lot more interesting: alcohol. 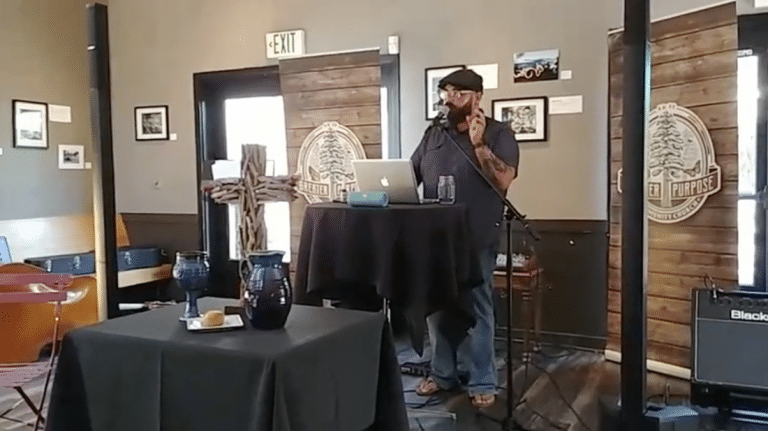 When the Greater Purpose Community Church in Santa Cruz was looking for a temporary building, they went with a local food lounge, complete with beer taps. Want a drink during the sermon? Go for it. (And you thought churches were catering to hipsters with coffee shops.)

“There’s nothing in the bible that says you can’t drink alcohol in a responsible manner,” [Pastor Chris] VanHall said.

I guess he has a point…? The Bible has plenty to say about being drunk, but nothing specific about drinking in moderation.

The church says it’s going so well that they plan to provide beer at their future permanent home, too. They also plan to include a charitable component to all this:

“I thought to myself, wouldn’t it be great if a church could figure out a way to make a product where they split the profits with local community service organizations, we were like ‘hey, we love beer, we love making beer, why not do a brewery?'” said VanHall.

He expects to donate 30 to 60 percent of the profits to charity.

VanHall says there won’t be any deception going on there. They won’t advertise a beer hall and spring the Bible on unsuspecting customers. Instead, they’ll convert an old bookstore into a brewery/church and meet in the food lounge until that new place is ready for business. I don’t know what their specific beliefs are, and I suspect beer isn’t enough of an incentive to attend a church service at all, but the commenters on a Facebook thread certainly seem receptive to the idea.

Finally, God’s spirit(s) will truly be in you.

(Image via Facebook. Thanks to Jim for the link)

July 28, 2018
Cardinal Resigns Over Sex Abuse Scandal, Ordered to "Life of Prayer and Penance"
Next Post