Crossway, a Christian ministry, wanted to know how often believers read the Bible and which parts they were drawn to the most. So they conducted a survey of approximately 6,000 people and got some very definitive results.

For example, it turns out that the New Testament is read far more often than the Old, as you can see from the size of the blue bars on the right side of this chart: 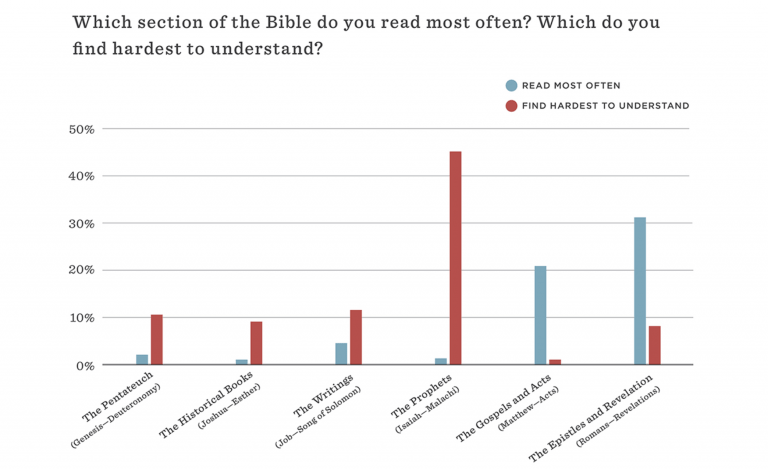 Those results make a lot of sense intuitively, given that the words of Jesus in the New Testament are far more relevant to Christians’ lives (in theory, anyway) than the stories told in the Old Testament. You would hope Christians pay more attention to the Sermon on the Mount than ancient laws and endless genealogies.

When it came to the last time Christians read various books of the Bible, there was no real surprise there either. There’s a good chance they’ve read the Gospels (the Jesus stuff), Psalms (the poetry), or Genesis (the first few pages) over the past month — certainly in the past year — while skipping most everything else in the Old Testament, at least during regular readings. (The Book of Haggai doesn’t get much daily love.) 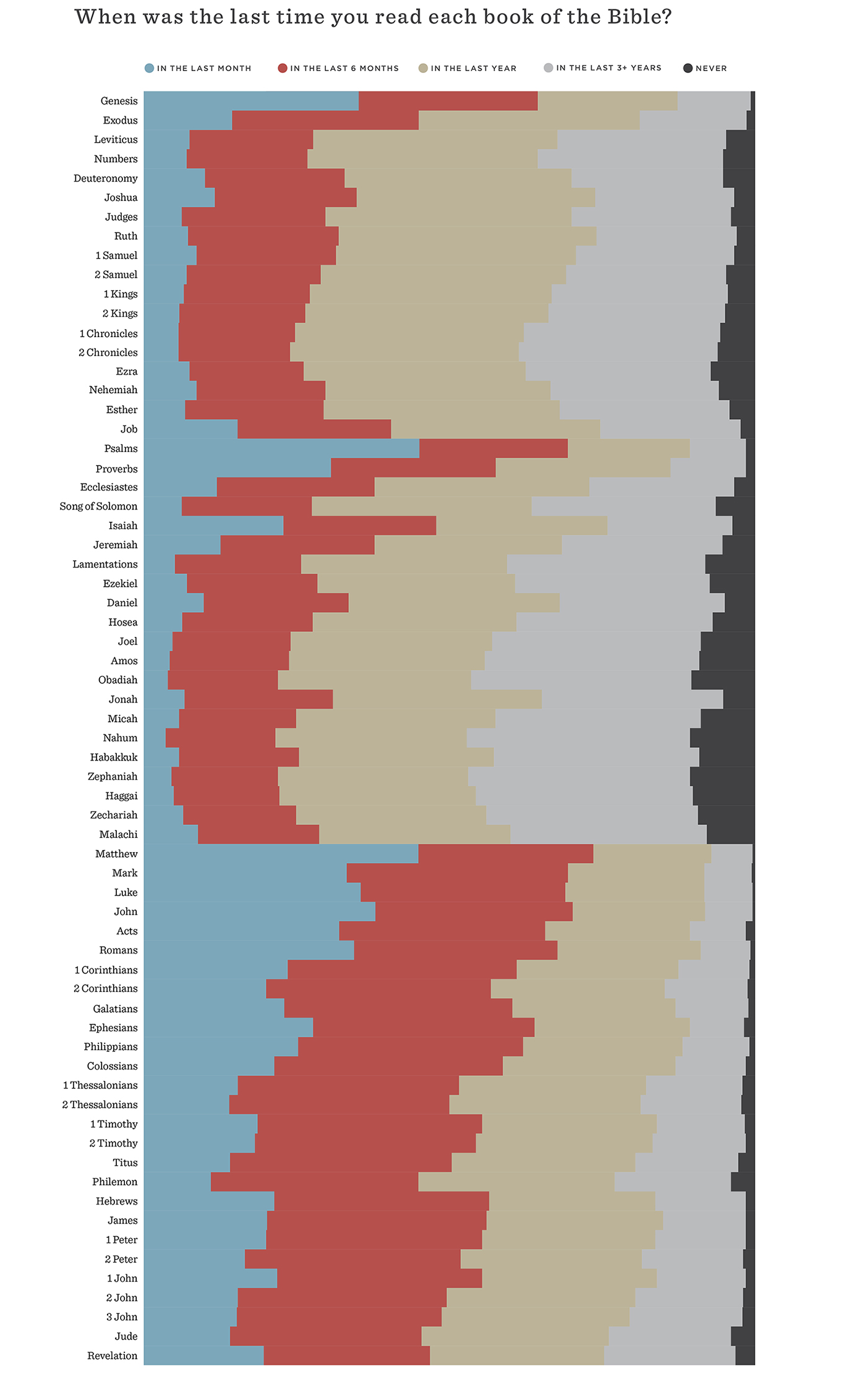 The survey also revealed that regular Bible reading decreased as the day moved forward: more Christians favor early mornings and late nights to open the Good Book, but even they presumably focus on work and family in between. Some common reasons for avoiding daily Bible reading? Not having enough time, feeling intimidated, and a lack of relevance to their daily life.

But the best part about this survey? It apparently upset Creationist Ken Ham. Because how dare Christians give the Gospels more love than Genesis?!

Crossway survey re Bible reading habits. One result shows people spend much more time reading towards the end of the Bible than at the beginning. illustrates a major problem in the church–many no longer understand the foundations in Genesis https://t.co/6I26gDlHJ9 pic.twitter.com/gJMCLsiCCa

I can understand why he’s upset about that. If more Christians read Genesis, maybe they’d be more curious about the logistics of Noah’s Ark and improve his low attendance numbers.

Instead, they’re reading about Jesus and not so much about the God who spared a single family while drowning the entire world. That’s practically Creationist blasphemy. 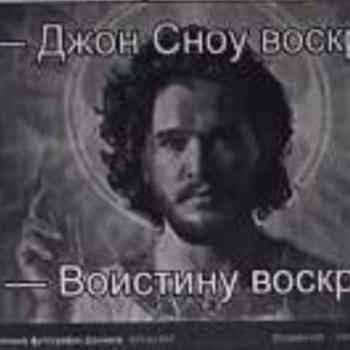 July 28, 2018 Airlines Need to Punish Orthodox Jews Who Refuse to Sit Next to Women
Browse Our Archives
What Are Your Thoughts?leave a comment