A most unpalatable report in today’s New York Times reveals the annual National Prayer Breakfast to be “an international influence-peddling bazaar, where foreign dignitaries, religious leaders, diplomats and lobbyists jockey for access to the highest reaches of American power.”

It seems Washington lobbyists and fixers have, for many years, been selling foreign politicians and other foreign clients invitations to Omelets for Jesus at staggering prices. A recent package offered to an African leader was priced at $220,000, while Ukrainian leader Yulia Tymoshenko has paid nearly $2 million to American lobbyists in recent years to buy, among other things, a breakfast invitation to promote her presidential candidacy.

Unsurprisingly, the Times found that peddlers in the temple have ramped up business significantly in recent years to take advantage of the American president many evangelicals believe was sent by Christ. Russians are prominent among them. Andrei Makarov, a Russian Parliament member seeking to reduce the pain of American sanctions, was seen on social media last year cozying up with GOP Sen. Chuck Grassley.

Most fascinating, though, is the case of notorious Russian spy Mariia Butina, whom the U.S. charged last week with conspiring to act as a Russian agent. Butina has been using the breakfast since 2016 to build back-channel communications to oligarchs and high-ranking officials in her home country; charges include an alleged attempt to use last year’s breakfast to arrange a private meeting between Donald Trump and Vladimir Putin.

The annual event is, however, an inspiring display of U.S. Christian political leaders embracing the humblest among us, much as Jesus would.

Held every year at the Washington Hilton, the prayer breakfast festivities span several days during the first week of February, with the American president appearing at a ceremonial breakfast on Thursday. The days are packed with programming, after which guests head to private suites with names like the Africa room and the Middle East room, or to fancier hotels in nearby Georgetown, where they mingle late into the night — praying, sharing business cards and sometimes draining expensive bottles of cognac. A favorite activity is an annual midnight tour of the Capitol, hosted by a former congressman.

Some describe the gathering as similar to the World Economic Forum, except that Jesus is the organizing principle. The eclectic guest list has included the Dalai Lama, the Rev. Billy Graham, Mother Teresa, the singer Bono and the former Redskins coach Joe Gibbs, as well as the Palestinian leader Yasir Arafat and President Paul Kagame of Rwanda.

Organizers are bristling that anyone would question a “shared spirituality around Jesus,” eggs Benedict, and expensive cognac:

“Because our focus is on relationships, reconciliation and unity, even those who may attend with ulterior motives are often moved in a positive and transformative manner,” said A. Larry Ross, spokesman for The Fellowship, the faith-based nonprofit that facilitates the organization of the breakfast each year. “While we try not to question attendees’ motives, we certainly discourage anyone from using the National Prayer Breakfast for personal, financial or geopolitical gain.”

“We are not naïve that people use the prayer breakfast for their own purpose,” said Tony P. Hall, a former Democratic congressman from Ohio, who has been close to the Fellowship for more than 20 years. “We have our own purposes, too.”

Truly, it’s inconceivable. An ostentatious show of faith exposed as a thin veneer for personal gain?! Who could possibly have suspected…? 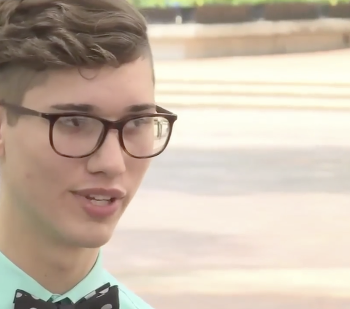 July 27, 2018
This Valedictorian Was Kicked Out of His Christian Parents' Home for Being Gay
Next Post 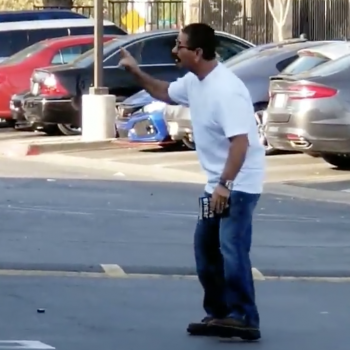 July 27, 2018 Preacher Uses Line at California DMV to Yell About Jesus to a Captive Audience
Browse Our Archives
What Are Your Thoughts?leave a comment