In a profile about Gwyneth Paltrow and her empire of “wellness” and pseudoscience known as Goop (a play on her initials!), the New York Times‘ Taffy Brodesser-Akner spends most of the piece looking at the origin of the company and how Paltrow has turned it into a business worth an estimated quarter-billion dollars.

That in itself isn’t a mystery. We know Americans are dumb enough to fall for unscientific, untested bullshit if it looks useful and happens to be promoted by self-proclaimed experts. (Hell, Dr. Oz’s show caters to that audience.)

But how is Paltrow responding to the criticism, and what’s she doing about the coffee enemas and jade eggs that women are supposed to shove in their vaginas? 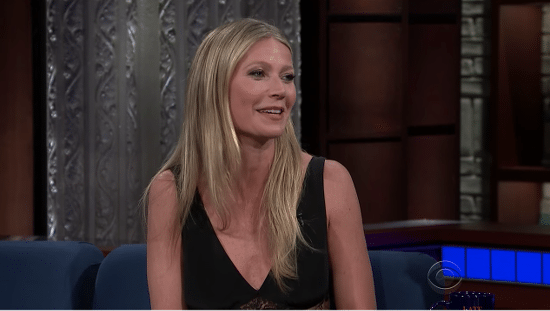 We already knew the site had added confusing labels to various articles and products, ranging from “for your enjoyment” (not scientific at all) to “rigorously tested” (science!), but Paltrow had no intention of not spreading misinformation. There’s way too much money to be made by duping idiots.

Brodesser-Akner does shed light on two things, though: Condé Nast, which used to own Paltrow’s magazine before they parted ways, wouldn’t let her publish misinformation. That was a source of conflict between the two sides.

Those [Condé Nast] standards require traditional backup for scientific claims, like double-blind, peer-reviewed studies. The stories [Elise] Loehnen, now Goop’s chief content officer, wanted to publish had to be quickly replaced at the last minute by packages like the one on “clean” getaways.

Paltrow says there’s nothing wrong with publishing nonsense (my word) on her website or in the magazine because she’s just asking questions… which is the same excuse Creationists use when they want their mythology taught in science classes.

“We’re never making statements,” [Paltrow] said. Meaning, they’re never asserting anything like a fact. They’re just asking unconventional sources some interesting questions. (Loehnen told me, “We’re just asking questions.”) But what is “making a statement”? Some would argue — her former partners at Condé Nast, for sure — that it is giving an unfiltered platform to quackery or witchery. O.K., O.K., but what is quackery? What is witchery? Is it claims that have been observed but not the subject of double-blind, peer-reviewed studies? Yes? Right. O.K., G.P. would say, then what is science, and is it all-encompassing and altruistic and without error and always acting in the interests of humanity?

(To be clear, Brodesser-Akner is channeling Paltrow there, not doubting the scientists.)

What’s especially frustrating is that every time Paltrow promoted something crazy, like steam-cleaning your vagina, critics online (hello) would trash it… and that meant more sales for her.

[During a talk at] Harvard, G.P. called these moments “cultural firestorms.” “I can monetize those eyeballs,” she told the students. Goop had learned to do a special kind of dark art: to corral the vitriol of the internet and the ever-present shall we call it cultural ambivalence about G.P. herself and turn them into cash. It’s never clickbait, she told the class. “It’s a cultural firestorm when it’s about a woman’s vagina.” The room was silent. She then cupped her hands around her mouth and yelled, “VAGINA! VAGINA! VAGINA!” as if she were yodeling.

That said, the critics shouldn’t stop pointing out when her products are pseudoscientific or dangerous. Gullible people will always fall for this crap. If they ever decide to do some research, though, we need to make sure they hear what the experts are saying.

At least some changes are being made now that investors are involved and there’s a lot more money at stake:

After a few too many cultural firestorms, and with investors to think about, G.P. made some changes. Goop has hired a lawyer to vet all claims on the site. It hired an editor away from Condé Nast to run the magazine. It hired a man with a Ph.D. in nutritional science, and a director of science and research who is a former Stanford professor. And in September, Goop, sigh, is hiring a full-time fact-checker. G.P. chose to see it as “necessary growing pain.”

Goop Fact Checker has to be the worst job in America.

But if that means fewer dangerous jade eggs and more expensive lavender-scented energy crystals that do nothing more than brighten your day… I guess it’s a win? Not for the customers. Never for the customers. But for the people who actually care about the safety and health of people who want to throw their money at a woman more than willing to rip them off.

July 25, 2018 Appeals Court Rules Against Proselytizing School Board in Chino Valley (CA)
Browse Our Archives
What Are Your Thoughts?leave a comment