Sadhu Sundar Selvaraj, a former Hindu who converted to Christianity, visited televangelist Jim Bakker‘s show this week to announce his most recent vision.

It involved God telling him America would be judged for abortion and gay marriage.

And then it got even weirder.

During his recent interview with Bakker, Selvaraj said God told him that “diabolical secret alliances and plans” made during the Obama administration would have continued if Hillary Clinton had been elected, and that God had decided to make Trump president to give American Christians an opportunity to “establish righteousness in the land”:

Why Mr. Trump was elected president? Because God had heard the prayers of millions of Americans who had prayed for this nation over decades. He had heard their prayers and given them a chance, an opportunity, to put away evil and establish righteousness in the land. So Mr. Trump being voted to office for a period of four years is God’s opportunity, He’s giving them a chance because the Christians have prayed, so that they can put away evil, put away unrighteousness, and establish righteousness in the land.

If Trump is God’s method of fixing our nation’s problems, you have to wonder what’s so wrong with God’s actual followers that He’s not using them.

And if anything, we’re about as far away from “righteousness” as possible in large part due to Trump and the racist, bigoted forces he’s unleashed — or at least amplified — in the Republican Party. Kids are being ripped away from parents. White supremacists are staging rallies. Evidence of foreign meddling in our elections is being ignored by a GOP-led Congress. Misinformation is flying out of the White House while GOP leaders refuse to push back. Republicans are shoving as many ideologues into federal courts with lifetime appointments, without any proper vetting or input from critics, which will wreak havoc on our legal system over time. This goes on for a while.

Policy-wise, Republicans aren’t doing the things that we know reduces abortion. They think banning it via the Supreme Court is the end game when it would only lead to unsafe abortions. They are promoting abstinence-only sex education. They’re making it harder to access affordable health care. They’re doing the very things that lead to more unplanned pregnancies and therefore more abortions.

Which is all to say this guy is a moron. He may have had a dream, but there was nothing prophetic about it. He’s just lying to everyone.

No wonder Jim Bakker fell for it. 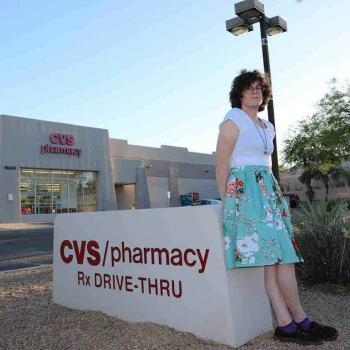 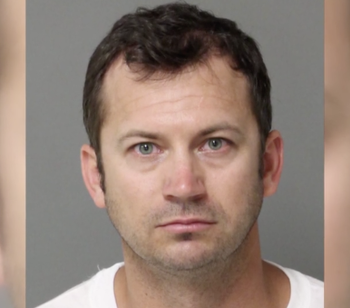