These Are the Dystopian Apocalyptic Ideas the Jehovah’s Witnesses Are Spreading July 24, 2018 Hemant Mehta

In recent years, the Jehovah’s Witnesses have pushed their propaganda via annual conventions taking place in multiple locations around the country.

Leaders have created high-quality films to show at these events, intended to teach a moral lesson from the faith. But those lessons often teach believers to shun family members who think for themselves, refuse blood transfusions even if your life is at risk, and stay faithful to God even when your life involves disaster after disaster.

JW watchdog Lloyd Evans just made a video remarking on a couple of the films shown at this summer’s “Be Courageous” event and two of them in particular are really freaky.

Here’s the first video followed by his commentary. It’s about a child brainwashed into believing in Armageddon but told he has nothing to fear because he’s a believer.

As Lloyd points out, what’s going through the kid’s mind is probably not what instructions Jehovah will give him to survive Armageddon, but what will happen to all his non-JW friends who will be slaughtered. But the older man, with a smile on his face, tells the boy he has nothing to worry about. As if caring about his friends is a silly idea.

In the second video, the subjects of all the various vignettes come together in an open field to face a random group of ARMED SOLDIERS COMING STRAIGHT AT THEM FOR NO REASON. But don’t worry. They don’t need weapons. They don’t even need to flinch. Because they know Jehovah’s coming in to destroy the other side.

It started out just silly at first, like the Witnesses were introducing their own theme song, but then it just went off the rails.

If that’s your introduction to the Witnesses, holy crap, why would you ever want to surround yourself with these people? How warped must your life be to believe your end will come soon when some anonymous army puts you in the middle of a firing squad?

As Lloyd Evans suggests, it’s insane knowing that children are being taught to believe this is all true. It’s manipulation through fear. It’s frightening. No wonder people are so scared to leave the group… which is part of the reason they make it so over-the-top. 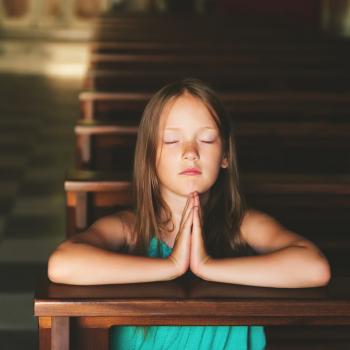